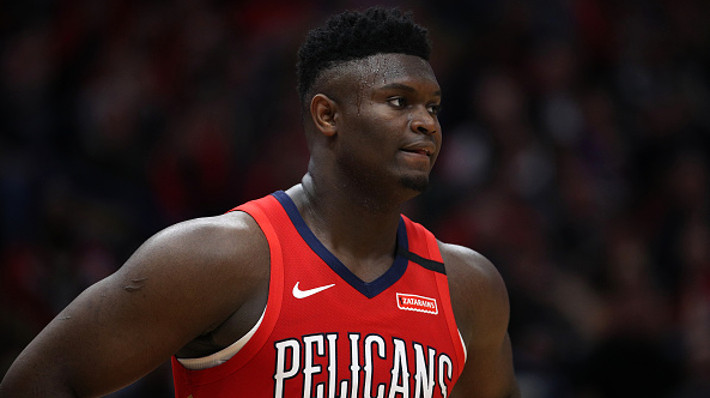 Zion Williamson made his long-awaited season debut earlier this week in a loss to the Spurs, and the rookie out of Duke didn’t disappoint. He finished with 22 points on 8-of-11 shooting in just 18 minutes of action, which included an absurd fourth-quarter stretch where he scored 17 straight for New Orleans and knocked all four of his three-point attempts.

By even the loftiest of expectations, it was an impressive debut for the most anticipated rookie of his generation. Still, that was marred by the inevitable criticism about his weight/conditioning as Zion continues to work his way back into playing shape after sitting out half of the NBA season as he recovered from a knee injury.

He and the Pelicans were back at it on Friday night as they hosted the Denver Nuggets at home, and aside from some spotty free-throw shooting, Zion logged another eye-popping box score in his young career, as he finished with 15 points and six rebounds in just 20 minutes of action and was a plus-16 for the game, despite the 113-106 loss.

And he wasn’t just doing it on offense. He was making his impact felt on the defensive end as well with this monster block in the fourth quarter.

This block by Zion is insane????pic.twitter.com/cZ4UjOcZGT

The Pelicans staged a late-game rally behind a 14-4 fourth-quarter run to pull within three, but were ultimately unable to steal the win from Denver. Nikola Jokic, despite a rough shooting night (9-of-20 overall, 1-of-6 from downtown) was just too much for New Orleans as he finished with 27 points and 12 rebounds, seven assists, and four steals.

And Zion wasn’t the only fledgling star trying to make his mark in this game. Michael Porter Jr. continued his solid play here in his first real NBA season, logging 15 points and 10 rebounds for the Nuggets in the victory.