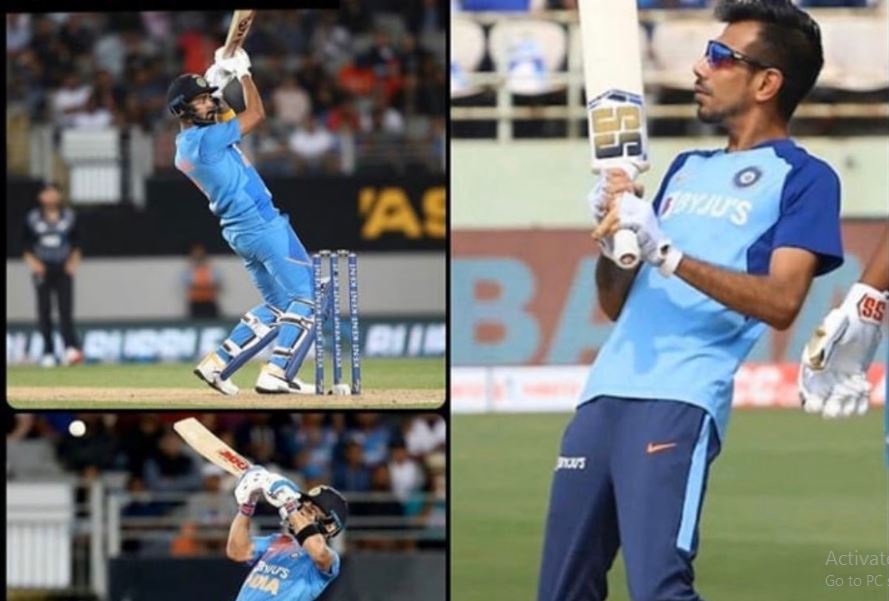 New Delhi: Yuzvendra Chahal is known for his self depreciating humour, particularly with regards to his batting skills, or lack of it.

Tuesday, the wrist spinner showed another example of that when he posted a collage of him holding the bat loosely in the position of the ramp shot along with those of K.L. Rahul and India captain Virat Kohli playing the same shot.

“When they are trying to copy my shot. Not bad keep it up youngsters (sic.)” said Chahal in his tweet.

Chahal, Rahul and Kohli are currently in New Zealand gearing up for the third T20I against the Blackcaps to be played Wednesday. India won the first two matches that were played at Eden Park in Auckland.