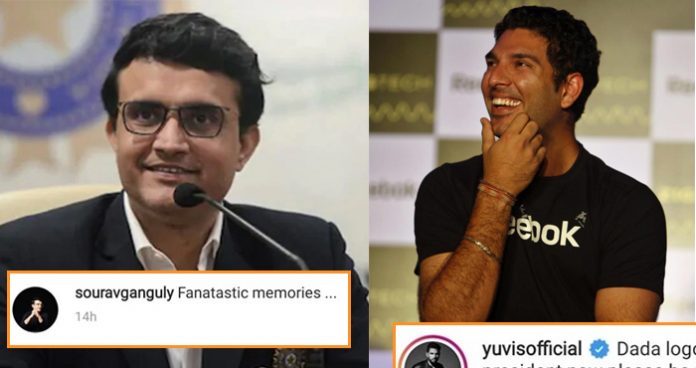 Former captain of Team India Sourav Ganguly is rocking in his new role as BCCI president. He has been working day and night for the betterment of this game in India. Recently, the BCCI’s President made everyone nostalgic with his Instagram post, where he got trolled by former Indian cricketer Yuvraj Singh.

Sourav Ganguly is regarded as one of the best opening batsmen India has ever produced. He has played many crucial knocks for the national side, making our childhood memorable. His aggressive and flamboyant nature on and off the field gained him a huge fan following.

On Wednesday, Sourav Ganguly went down the memory lane and made everyone nostalgic as he shared a glorious moment from his illustrious career. He shared a picture of himself via his official Instagram account of his maiden Test century that he smashed in June 1996, playing against England at Lord’s stadium.

During the match, Sourav Ganguly weaved magic using his brilliance with the bat and helped the Indian cricket team chase down a massive target of 344 runs with his powerful runstand of 185 runs.

Soon the picture was flooded with amazing reactions from fans appreciating his brilliance during his golden days.

However, former Indian cricketer Yuvraj Singh took this as an opportunity to troll Dada. Taking a dig at how Sourav Ganguly needs to be more professional. He wrote: 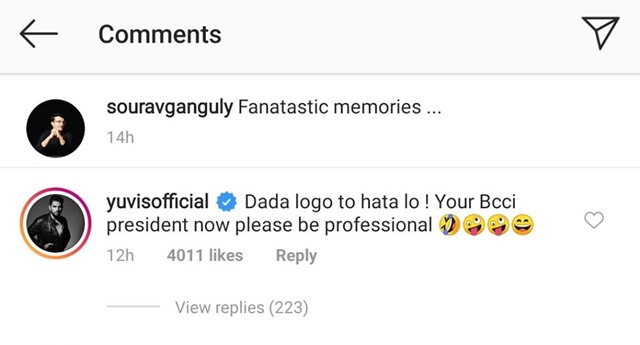