Home Bollywood Youtube musicians who are successful in Bollywood 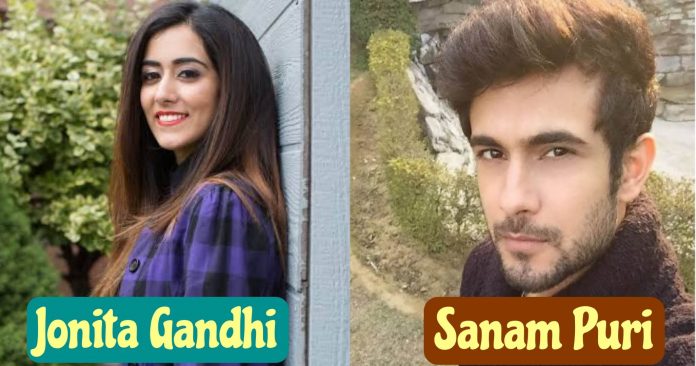 There’s one thing people say a lot that people will admire you only when they know about you. This phenomenon works perfectly in the case of people breaking into the Bollywood Industry. No matter how talented or skilled you are, you have to show your talent to the right audience to get noticed and successful. So, what do you have to do to get noticed?

There are some examples of musicians who taste success from YouTube.

With the introduction of the internet, YouTube becomes the worthy stage for many singers to show their singing talent and get a good audience to appreciate the talent. We enlist 8 musicians who need to thank YouTube for making it in Bollywood.

Little you know about Shraddha Sharma who is considered as the first Indian YouTuber who started singing in Bollywood movies. She started off making covers on YouTube, which gained popularity throughout the time. Now she has a work contract with Universal Music and producing original music.

Sanam Puri becomes a household name due to his immense popularity in the digital sphere. His channel got a huge number of subscribers, and this leads him to get a number of live shows and work from the Bollywood industry. He got the chance to sing ‘Ishq Bulava’ in the movie “Hasee Toh Phasee”.

Sanam is an Indian Pop Rock Band in Mumbai that consists of Sanam
Puri as the Lead Vocals and Lead Guitar, Keshav Dhanraj as Drummer, and Venkat
Subramaniyam as Bass Guitar.

The Rise of Sanam Puri on YouTube was an accident. He had
recorded some videos to pitch agents and get live concerts globally and put
them on YouTube as well. These videos gained popularity within a few months. He
got his first Bollywood break with song Dhatt Teri Ki from Gori Teri Pyaar Mein,
then continued with Hasee To Phasee, Gabbar is Back, and Hamshakals.

Jonita Gandhi has started her career by singing covers of famous Bollywood as well as western songs on YouTube. Due to her powerful voice, she got recognition from Bollywood and got the chance to sing in films like Highway, Chennai Express, and many others.

Jonita is an Indo-Canadian singer born in New Delhi, India.
On YouTube, she started posting collaboration videos with Aakash Gandhi when
she was 17 years old and those videos went viral on the internet. Some of the
covers sung by Jonita that is the biggest hit on YouTube are Pani Da Rang,
Someone Like You, and many others.

Arjun has shown his special talents on YouTUbe and impresses
every music lover. He used to make an English version of the popular Bollywood
songs, which went viral on the internet. After that his single came out titled
‘Baaki Baatein Peene Baad’ and this Mumbai boy never looked back. He got the
chance to sing for various Bollywood movies that include Go Goa Gone as well.

Shirley Setia becomes the YouTube sensation not only for her
singing skills but also for her cute looks. She got to show her singing talents
in Bollywood movie ‘A gentleman’. She had sung the song ‘Disco Disco’ so
playfully.

A little trivia about this singing talent is that she was
born in Daman, India and graduated from the University of Auckland. She
discovered her passion for music on YouTube after she took part in a contest
that is conducted by T-Series.

Tushar Joshi is famous for his voice behind Ranbir Kapoor in
Jagga Jasoos. After his grand debut in Jagga Jasoos, his next venture was
Phurrr from the Shah Rukh Khan starter Jab Harry Met Sejal with music artists
like Pritam, American DJ Diplo, and Mohit Chauhan.

Sanah Moidutty has made her name as Indian songwriter and
singer. She got her first Bollywood break while pursuing engineering in 2011.
She has sung for various Bollywood movies like Gori Tere Pyaar main, Always
Kabhi Kabhi, Meri Pyaari Bindu, and Mohenjo Daro.

Natalie Di Luccio is an Italian-Canadian singer
from Toronto, Canada. She started her YouTube career in 2010 by
singing ‘Tu Jaane Na’ from the movie Ajab Prem Ki Gazab Kahani. The song went
viral and it caught the attention of Oscar and Grammy winner composer A. R.
Rahman.

Amika Shail is an Indian Singer and Actress from Mumbai. She
gets famous and for her cover “Chittiyaan Kalaiyaan” which got 3 Million views
on YouTube. She shifted to Mumbai after her graduation in order to establish
her career in Bollywood.