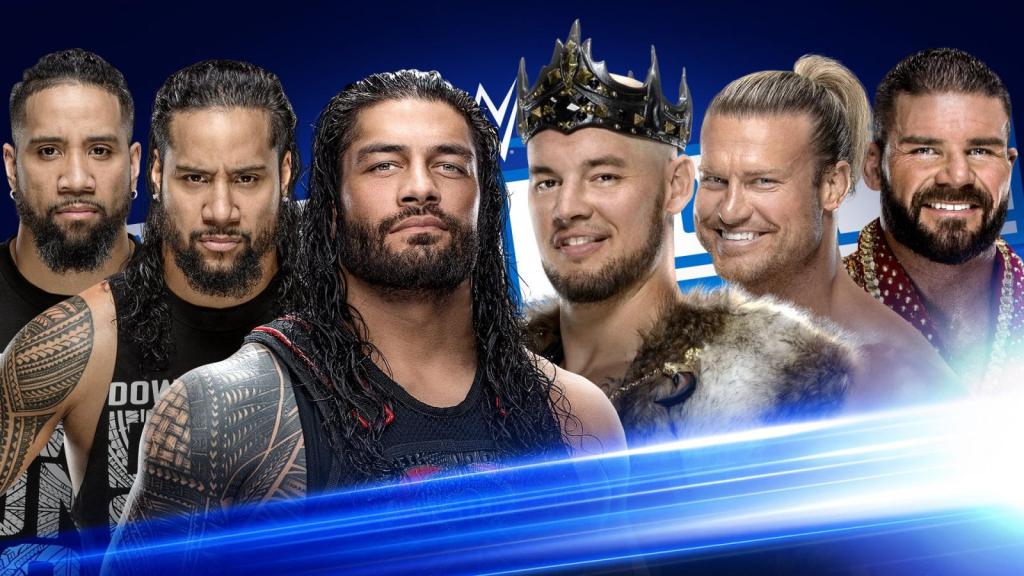 Roman Reigns and The Usos will look to humble their regal rivals King Corbin, Dolph Ziggler and Robert Roode in the ring ahead of Royal Rumble.

Last week’s Smackdown ended with an emphatic message from Reigns as The Big Dog gloriously speared Roode through a table and then The Usos’ dueling dives sent Ziggler breaking through the announce table. Reigns’ win over Roode allowed him to designate his Royal Rumble showdown with Corbin as a Falls Count Anywhere Match that promises to provide a brutal tour of Minute Maid Park in Houston.

See who comes out on top in the Six-Man Tag Team Match at 8/7 C on FOX this Friday night on Smackdown!

In addition to the six-man tag team main event — which will definitely still be set up by a show-opening promo — tonight’s Smackdown features a contract signing between Daniel Bryan and The Fiend, as well as the final sell for the Royal Rumble.

As always, +1 your favorite comments from tonight’s open thread and give them a thumbs up and we’ll include 10 of the best in tomorrow’s Best and Worst of Friday Night Smackdown on Fox report. Make sure to flip your comments to “newest” in the drop down menu under “discussion,” and enjoy the show!