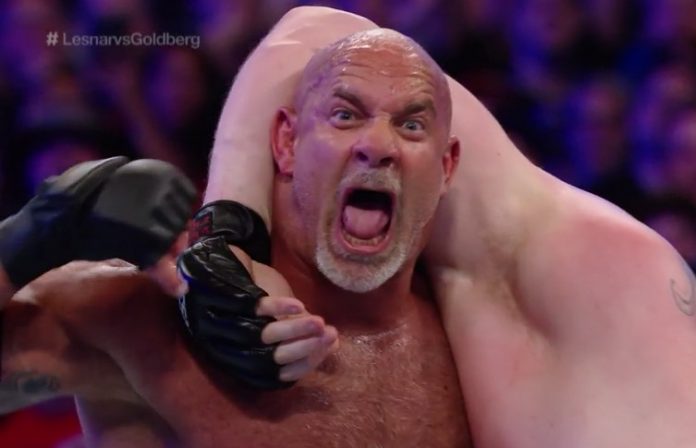 Who’s next for Goldberg? We’re about to find out.

As revealed on Raw, the former Universal Champion and WWE Hall of Famer’s next moves will be revealed this Friday on SmackDown, where he’ll provide the WWE Universe’s answer to that eternal question: “Who’s next?”

Tune in to Friday Night SmackDown, live this Friday at 8/7 C on FOX. (via WWE.com)

It’s almost time for WWE to head back to Saudi Arabia again, so here’s Bill Goldberg looking for that bag. Tonight’s show also features the returns of Firefly Funhouse with Bray Wyatt and The Dirt Sheet with John Morrison and The Miz, as well as Daniel Bryan returning to Smackdown for the first time since his strap match at the Royal Rumble and a fatal four-way match to determine Bayley’s next challenger for the Smackdown Women’s Championship.

As always, give a thumbs up to any comments from tonight’s open thread you enjoy and we’ll include 10 of the best in tomorrow’s Best and Worst of Friday Night Smackdown on Fox report. Make sure to flip your comments to “newest” in the drop down menu under “discussion,” and enjoy the show! And its associated in-universe talk shows!