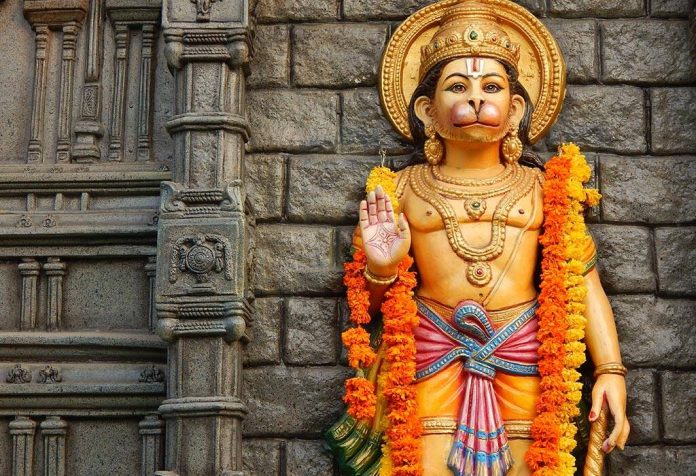 According to the sources from the trust, Hampi, which is already a major tourist centre will also be made a pilgrimage centre themed around Hanuman Janmabhoomi. The NIE report, quoting trust sources, said, “It will equal the grandeur of Ayodhya after the Ram temple is built. At Ayodhya, the world’s tallest Rama statue will be built at 225 feet and since Rama and Hanuman were inseparable, we also decided to put up the tallest statue of Hanuman but 10 feet shorter than Rama’s. The Hanuman statue will be made out of copper.”

The Karnataka Hanuman Janmabhoomi Teerthakshetra Trust was reportedly established for the overall development of Kishkinda Pampakshetra at Hampi. The trust, headed by Govindananda Saraswathi Swamy, plans to celebrate Mahashivaratri festival on Friday with pomp and ceremony.

“Starting this year, a Hanumantha Ratha, which has been designed at Rs 45 lakh, will travel across the country. “It will pass through every district centre and taluk in the country, where money will be collected for the statue and other expenses. The Ratha yatra will terminate at Ayodhya. It will take at least three years for the Ratha to complete the journey, at the same time, the work for Hanuman pilgrimage will too begin.”

The trust members also said that the trust is planning to purchase 10 acres of land for the Pilgrimage site and also invite 101 saints from Ayodhya on Hanuman Jayanthi this year.

It is notable here that the central government is planning to include Hampi in the Ramayana Circuit. The state government is also considering the overall development of the historical and religious site.

It is notable here that the trust, Karnataka Hanuman Janmabhoomi Tirtha Kshetra, is to work under the guidance of Jagadguru Shankaracharya of the Jyotishpeetha, Dwarka who was also one of the main applicants in the Ramjanmabhoomi case.

As per a report in Organiser, the Hanuman Janmabhoomi Tirtha Kshetra Trust will mainly consist of Jagadguru Shankaracharya of Chaturamnaya Peetha, Sandhu and Sants of Ramanujacharya, Madhvacharya and other Akhadas, as well as prominent Acharyas of other traditional Vedic institutions.

The trust will also have a 20-member board. Each state will have a service period of 3 years. A council of 10 members will be constituted in each state locally, and there will be ample opportunities for all devotees in the country.