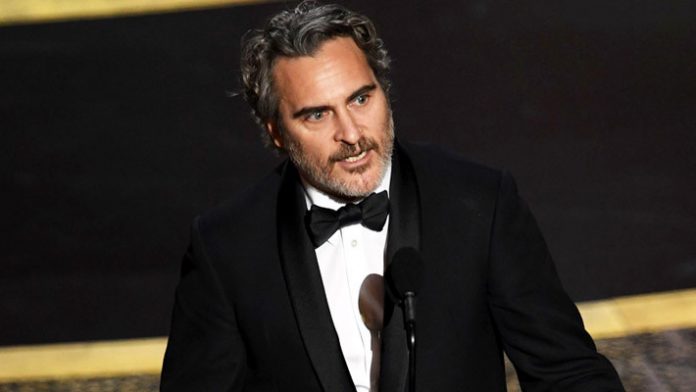 Although Joker certainly didn’t win everyone over, and there are justifiable beefs against that movie, Phoenix maintained a lock on the Best Actor category with his terrifyingly majestic and almost unparalleled performance. And at Sunday night’s Oscars, he brought his ultimate award home with a message that tied together all of the causes that he’s highlighted this year:

“I’ve been thinking a lot about a lot of the distressing issues that we are facing collectively, and I think that at times we are made to feel that we champion different causes. But for me, I see commonality. I think that whether we’re talking about gender and equality or racism or queer rights or indigenous rights or animal rights, we’re taking about the fight against injustice. We’re talking about the fight against belief that one nation, one people, one race, gender, or one species has the right to dominate, control, exploit, or use another with impunity.”

He also mentioned his late brother, River, by including one of his lyrics that he penned prior to his death: “Run to the rescue with love and peace will follow.” Watch Joaquin’s full speech below.