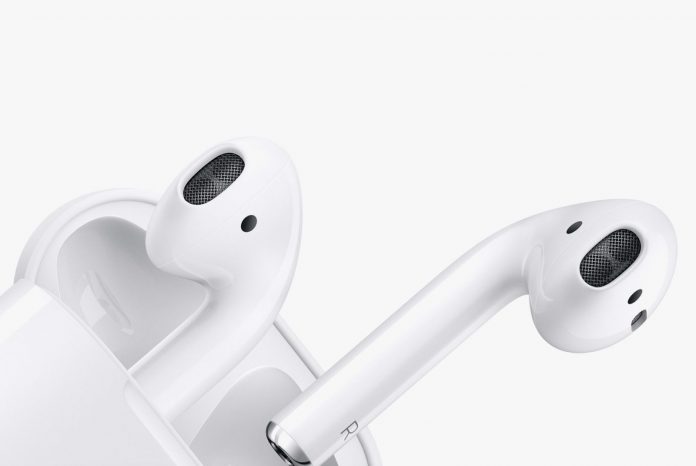 Tim Cook is a big fan of AR. He keeps saying it in public venues, after which the AR sector’s little corner of the Twitterverse blows up. In Apple earnings last week, he didn’t pass up the opportunity for this perennial AR shout-out — this time zeroing in on the tech’s breadth of applicability.

“I think, when you look at AR today, you would see that there are consumer applications, there are enterprise applications. This is the reason I’m so excited about it,” said Cook. “You rarely have a new technology where business and consumer are both key… I think it’s going to pervade your lives is because it’s going to go across business and home life. I think these things will happen in parallel. There are already companies that are deep into enterprise business that are working on applications for the enterprise. And of course, you can see — you go on to the App Store, see thousands of apps that are ARKit-enabled at this time and even more coming.”

Beyond that explicit nod to AR, implicit signals from Apple’s quarterly earnings hold clues for the technology’s fate in Cupertino. Specifically, the stellar performance of wearables could signal Apple’s continued financial motivations to lessen revenue dependence on a maturing iPhone.

Before going into that, let’s take a look at the numbers. As you may have read, Apple’s fiscal Q1 saw iPhone sales of $55.96 up from $52 billion year-over-year. This reverses the trend towards declining year-over-year sales, but growth is still slowing as the smartphone market matures.

Meanwhile, the story is the opposite for wearables, as that division is on its way up. It exceeded $10 billion in quarterly revenue for the first time, up $3.7 billion year-over-year. This falls short of the iPhone’s $4 billion year-over-year jump but is a greater percentage jump from a lower base.

Moreover, the wearables category by itself is now the size of a Fortune 150 company. Demand is greater than Apple can even fulfill, as it’s supply-constrained for the Apple Watch Series 3 and AirPods Pro. This is a good problem to have and indicates long-term strength in the category.

Perhaps most interesting and less-discussed, 75 percent of Apple Watch purchases were users that are new to the device. Given Apple’s penchant for platform lock-in and increased ARPU through multi-device ownership, new users at the beginning of that journey are music to its ears.

Back to AR, this wearables revenue category is where AR glasses will live. That bodes well, given that they’re born into an Apple division that’s treated with internal favor, political capital and investment. They’ll inherit the drive to diversify revenue and offset slowing iPhone growth.

Put another way, with the lingering taste of wearables success, Apple could be further motivated to double down on AR glasses. We’ve seen something similar before: Snap continues to double down on AR lenses after seeing its impact on both revenues and its public-market rebound.

As for what AR glasses could do for Apple’s revenue growth, it’s job could be to both prop up and succeed the aging iPhone. The former happens as it creates reliance on the iPhone for local compute, while the latter happens as it eventually replaces some iPhone functions or use cases.

We say “some”, as they could join a suite of wearables that augments your life. That’s line-of-sight graphics to accompany the audible cues from your AirPods, and the biometrics and micro-interactions from your Watch. That gets back to Apple’s signature multi-device ecosystem play.

It’s also notable that prospective AR glasses won’t just round out Apple’s wearable master plan, but they’ll also benefit from it. As we’ve examined, one of the byproducts of the rise of wearables will be acclimating consumers to wearing sensors, cameras and other gadgetry on their bodies.

That could be a step towards warming the world up to AR glasses. It’s otherwise going to be a culture clash, à la Google’s “glasshole” mishaps. Though putting things on your face is a tougher sell, AirPods and Watches will at least take baby steps towards wearable sensor acclimation.

As for a glasses form factor, we’re seeing some movement in that direction too. Bose Frames and Amazon’s similarly-constructed Echo Frames could gain some ground for cultural acclimation. Bose Frames in particular achieve a flavor of sensory augmentation, though it’s not visual.

Back to Apple, there are lots of ways AR glasses could play out, including the multi-modal entertainment/utility endpoint we’ve speculated. It will be a moving target as we continue to spot clues. Importance is amplified by the prospect of Apple bringing its signature halo effect to AR.