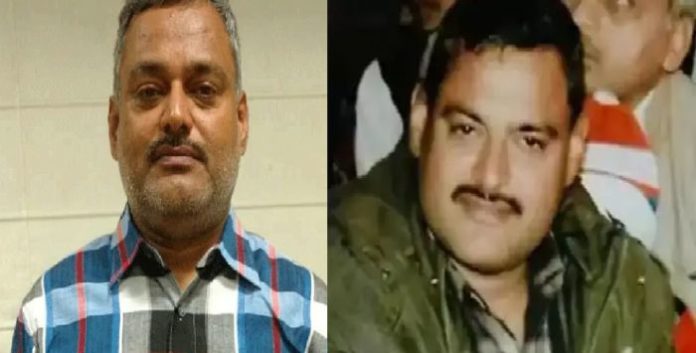 Vikas Dubey is a criminal who killed eight policemen in Kanpur, Uttar Pradesh. Vikas Dubey has more than 60 cases against him. He has a criminal history. It has been a strong presence in every political parties. He used to make big incidents by sitting in his fort like house. The police, who went to nab the vicious criminal Vikas Dubey, were fired upon. Eight policemen were martyred in this incident. A sub inspector and 5 soldiers including CO Bilhaur Devendra Mishra, SO Shivrajpur Mahesh Yadav were martyred in the encounter. This incident shook the entire nation. This is said to be the biggest incident in police attacks so far. Not only does Vikas Dubey have a criminal history but he has several serious cases registered against him.

Vikas Dubey used to have his men in every political party and that is why he was not caught till date. Vikas Dubey has also been in many political parties. He belongs to Bikaru village in Shivli police station area of ​​Bithoor. He has made his house like a fort. It is very difficult to enter his house without his will.

Vikas Dubey is so domineering that he has no fear of any law. In 2001, Vikas entered inside the police station and killed BJP Minister of State Santosh Shukla. The Santosh Shukla massacre stirred up the entire state, but nothing deteriorated from the police to the law.

Vikas Dubey In addition to this, Vikas Dubey was also named in the 2000 murder case of Siddheshwar Pandey, assistant manager of Tarachand Inter College located in Shivli police station area of ​​Kanpur. The same year, he was accused of conspiring in the murder of Rambabu Yadav. He hatched this conspiracy while sitting in jail. Vikas was also named in the 2004 murder of a cable businessman Dinesh Dubey. In 2013 also Vikas Dubey carried out a major murder incident. In 2018, Vikas Dubey had a fatal attack on his cousin Anurag. Anurag’s wife had filed an FIR against four people, including Vikas.

Vikas Dubey is holding on to all political parties. During the Mayawati government of the BSP in 2002, she used to speak with him. He is accused of trafficking in illegal purchase of land. He has illegally created assets worth crores of rupees. He has schools and colleges in Bithoor itself. He also owns a law college.

Vikas Dubey contested during his stay in jail and also won the election of Nagar Panchayat from Shivrajpur. It is being told that during the tenure of BSP he had a strong penetration in BSP. From jail, he carried out many incidents including murders.