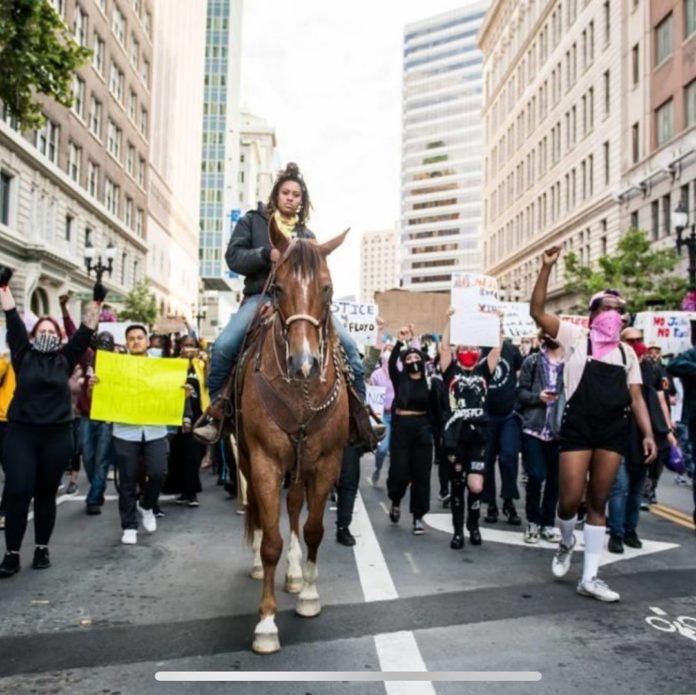 Brianna Noble is one of the most important protestor during the protest in Oakland, California. Her grand entry made her an overnight internet sensation. She entered the arena in her horse and this photo went viral. She arrived on her horse with a Black Lives Matter sign, in honor of George Floyd, the Minneapolis man whose death has led to protests across the country.

She decided to join the protest while watching the protestors number grow on news channels and arrived on her horse. This is what Brianna Noble had to say “It wasn’t a very planned thing, I was just pissed, sitting at home and seeing the video of George Floyd. I felt helpless and thought to myself: ‘I’m just another protester if I go down there alone, but no one can ignore a black woman sitting on top of a horse.”

Who is Brianna Noble, some interesting facts about her