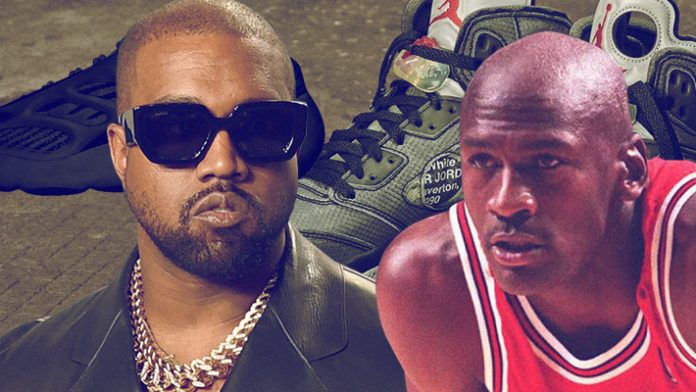 It’s a hell of a week for Jordan fans out there. And by “hell of a week” I mean your bank account is about to have a hell of a week, because you’re about to be straight-up broke. This week Jordans have snagged three spots in our top five — a first for the brand — and I don’t regret it for a second. Generally, I’ll kick off a brand if I feel we’re over-exposing it so we can give another label some shine. This week? I didn’t even have to think about it, that’s how hot these Jordans are.

On the apparel-end, we have new looks out of UNIQLO, PALACE, and an NBA All-Star Weekend special from Sneakersnstuff, so let’s get into it already. Here are all the best streetwear and apparel drops of the week.

The YEEZY 700 — a favorite amongst YEEZY-heads — is getting a refresh with the first iteration of the V3, the Alvah. Dropping in a sleek black colorway, the new 700 ditches the BOOST cushioning for less bulk and adds a plastic midfoot cage and a contoured midsole that compliments the sneaker’s amorphous design. Coupled with last week’s release of the graphic-sporting all black 700, Ye is definitely giving his whole YEEZY line a much-needed update for the new decade.

The Adidas YEEZY 700 V3 Alvah is set to drop on February 15th for a retail price of $200. Pick up a pair through YEEZY Supply or the Adidas online store.

Virgil Abloh’s latest iteration of the Air Jordan V — part of Jordan Brand’s 8×8 anniversary collection — represents the next stage of Abloh’s design ethos. Since Nike’s “The Ten” collection, Abloh’s designs have been all about deconstruction, but here he makes a lateral move, side-stepping the trend that he helped popularize and finding new ways to add some visual flair. In this case — and this is bound to piss off sneakerheads who don’t ride for Abloh — it’s the semi-translucent cutouts that are meant to introduce the air of your environment into the sneaker.

Yes, it’s pretentious as f*ck. But the longer you look at these kicks, with its OG AJV Black Metallic colorway, its obscured Off-White Helvetic trademark, and its “23” sporting heel, it’s kinda hard not to fall in love with them!

The Off-White Air Jordan V is set to drop on February 15th for a retail price of $225. These sneakers are going to be hot, so while I’d love to suggest you pick them up through the Nike SNKRS app and the online store, you’re probably going to have to scoop them up slightly marked-up from StockX.

PALACE is dropping their major Spring 2020 collection this Valentine’s Day, and when I say major, I mean major. The full collection consists of hoodies, tracksuits, shirts, pants, hats, accessories, hardware — It’s almost never-ending. You could everything you need for your full Spring 2020 wardrobe in one go with just this collection. Don’t do that, but you could!

Because the drop is so massive, we’re going to highlight the hoodies and outwear, they’re by far the strongest additions to the collection, and therefore worth your hard-earned dollars. Highlights include the brown and blue leather jackets, the utility-focused “Bare Storage” jacket, and the Palace logo hoodies and crewnecks. Again, the collection is massive and what we’re showing here is only scratching the surface. Check out PALACE’s lookbook for more.

The PALACE Spring Collection is set to drop on February 14th. Shop the looks at the PALACE online store.

Sneakersnstuff is celebrating NBA All-Star Weekend with a 90’s inspired collection inspired by the street style of New York pick-up games. At first glance, this Streetball collection may look like a simple 90’s retread but a closer look reveals a sherpa-like fabric over a pair of shorts and matching jacket that brings the look straight into 2020. The collection’s hoodie features Sneakersnstuff branding and a pink and aqua globe graphic on the left breast and back.

If you’re looking for a pairing option, grab a pair of Jordan Mid’s or your favorite basketball sneaker and call it a day. The next time you hit the court for a weekend game, you’ll be rocking the freshest fit.

The cozy Streetball collection is out now. Shop the collection at the Sneaksnstuff online store.