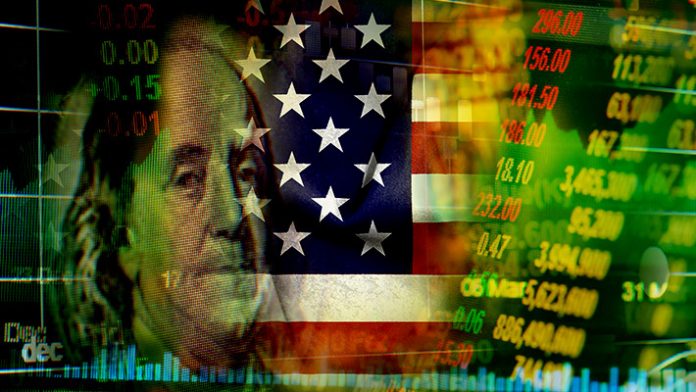 Last night the Senate passed the $2 trillion dollar coronavirus relief stimulus bill which, in short, is set to provide cash assistance to regular Americans, Main Street businesses, corporations, and the hardest-hit airlines and manufacturers. The bill is now in the House’s hands where it is expected to pass sometime tomorrow after a vote. The full bill is something like 800 pages long and not only have we not read it, there is no way the lawmakers who signed it read every page either, so a lot of the information in the bill is still currently being unpacked.

Here is what we do know: yes, a majority of Americans will get money in their pockets, and fairly soon. Those with student loan payments won’t have to pay them until September 30th without penalty. Hospitals will be provided with $117 billion in extra funding, which is definitely a step in the right direction (but honestly, hospitals should get even more), and according to CNN, a public health and social emergency fund will be created to reimburse providers for all the expenses and potentially lost revenue that they’ll endure due to the coronavirus pandemic. $65 billion will go to hospitals, and the remaining amount will be funneled to doctors, nurses, and suppliers, with additional legislation that will reduce payments for hospitals caring for large numbers of uninsured or Medicaid patients that have contracted coronavirus. This’s huge if you’ve lost your employer’s health insurance as a result of being furloughed or laid off.

In the event you have lost your job, unemployment is also being greatly expanded and would allow workers who have lost their jobs earn an extra $600 a week for up to four months on top of their regular expected state benefits. Lawmakers are also currently trying to add 13 weeks of extended benefits to the regular 12-28. Luckily, these benefits also extend to contract workers in the gig economy, thanks to a provision added by Senator Bernie Sanders that would allow independent contractors like freelance workers rideshare drivers and other self-employed individuals to be eligible to receive federal aid, something those jobs traditionally lack, due to the absence of a corporate structure behind them. However, according to Business Insider, it isn’t yet clear how much money gig economy workers will qualify for. The maximum amount for unemployment payments generally varies state by state.

The stimulus bill is far from perfect (there is much to be said about its blindspots and ludicrous corporate giveaways) and does little to address the immediate needs of people who are already struggling as a result of the global pandemic, and absolutely nothing for undocumented Americans — but it’s not insignificant like a majority of Twitter would have you believe (around 125 million Americans will receive aid, which is 83% of tax filers). Now that we’ve given a general overview of the bill, here is everything you need to know about that stimulus check.

Who Qualifies For A Check?

Relief will also be provided for individuals classified as the head of household, like single parents, who will receive $1,200 if they make under $112,500 a year reduced by a sliding scale up to $136,500, as well as an additional $500 for each child.

The only people not receiving checks are the wealthy (who don’t need it), nonresident aliens (who absolutely do need it), and dependents (who are getting it via their parents, ideally).

When Will We Get Paid?

The Washington Post reports that Treasury Secretary Steve Mnuchin has set the goal of getting payments out by April 6th. Unfortunately, this is an incredibly optimistic goal and many expect the checks to likely go out sometime in mid to late April. That’s unacceptable for people struggling, so we have high hopes Mnuchin is right here, though there is precedent for the government getting this wrong.

During the financial crash of 2008, a similar tax rebate that went out to Americans took about eight weeks to fully be dispersed.

Do We Have To Signup To Receive The Money?

In the event that you’ve since closed the account where your direct deposit for your tax return was issued, the IRS will mail you a check (this can take up to eight weeks). Social Security beneficiaries will receive their refund with the information provided on their SS1-1099 form and the money deposited to them in the way they generally receive their social security checks.

Who Is Being Overlooked Here?

The major blindspots in the bill include non-resident aliens, undocumented workers (who keep our food supply functioning) and low-income individuals who don’t file taxes. Additionally, there is no help for individuals who have made over $99,000 in 2018 or 2019, but expect to make no money in 2020 due to a recent job loss. If you expect to make well over $99,000 in 2020 but made way less than $75,000 in 2018 or 2019 and think you’ve found a loophole for a cool $1,200, don’t celebrate just yet, CNN reports that it’s likely you’ll have to pay back any money you received by the time you file your 2020 taxes next year

So We’re Only Getting One Check?

For now. There is a high likelihood the government will have to inject more money into the accounts of Americans, but this all depends on the trajectory that the pandemic takes.