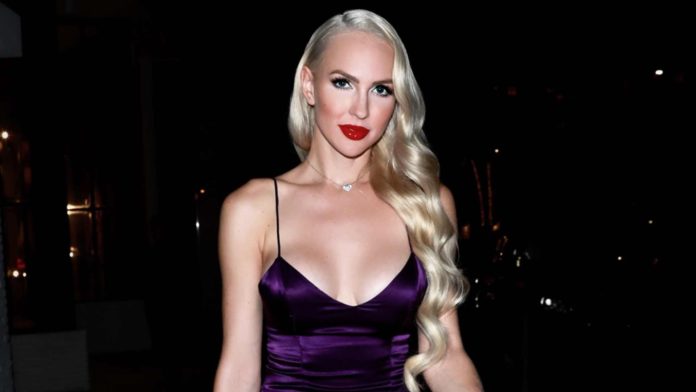 Christine Quinn is a Netflix’s Selling Sunset star who is not afraid of calling a spade a spade. This nature of hers gives her a divided fanbase, while some applaud her ‘it is what it is’ nature others think she comes across rude. Despite working in a reality show not much is known about her as she keeps all the personal information close to her heart. It is one of the reasons she has remained an enigma on the show, leaving fans curious to know more about her. Selling Sunset Season 2 released on the 22nd of May featuring Chrishell Stause, Amanza Smith and other ravishing real estate agents.

Christine hails from Dallas in Texas.

As stated in her LinkedIn Profile, Christine has attended Juilliard School in New York City.

Christine has been quite active in social media since the time she starred in the reality show, Selling Sunset. Her Instagram Id is @thechristinequinn. She has 146K followers as of today.

Christine is married to businessman Christian Richard since 15th December, 2019.

Christine started her career in fashion and entertainment industry. She was so good at it that she even got to feature on Vogue. Taking a two-year break from her work, she travelled around the world. It is during this time she discovered her love for architecture and interior designing. She then got her real estate license and has been pursuing her passion since then.

Christine now works as a realtor with Oppenheim group. She basically deals with high-end; luxury properties and her main focus is selling upscale properties to Hollywood Elite. She also stars in Netflix’s Reality Series, Selling Sunset.

Christine’s net worth as of 2020 is estimated around $2Million. Seeing as she earns a five to six figure commission on properties, she sells in high end areas like Hollywood Hills and Sunset Strip adding to it the earnings from the Netflix reality show Selling Sunset, the amount seems justified.