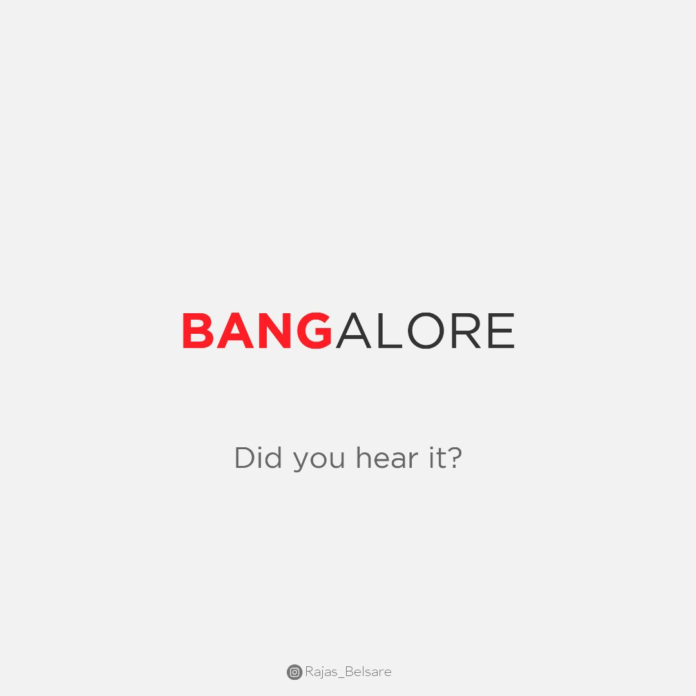 There was a loud rattle and booming noise heard across Bengaliri, The nightmare, which was felt this afternoon Wednesday 20th May 2020, has shaken the city’s population. There are theories going across social media that it may be a Sonic Boom which people felt across the city.

At about 1:20pm this afternoon, the sound of boom emerged and felt across the city. This sound is not just heard in some area. This sound was felt in different parts at once. A few seconds for a loud sound and vibrations of Bangalore people feel

The sound is said to be very high, especially in the KR Puram area. Immediately following this, journalists contacted Municipal Police Commissioner Bhaskar Rao. He said he is investigating the incident. He has said he will respond soon. Townspeople say it sounds like the Transformer will explode. Never before had they heard such a noise, they say with trepidation. They report that this noise is very different. They say they have never heard such a noise in life.

Here are some tweets where people are talking about Sonic Boom:

Did anybody else feel a loud rumble and vibrations for a few seconds in Bangalore around 1:25 pm? It sounded like an explosion. My windows shook and the neighbors came out on the streets looking surprised. #earthquake #bangalore

Off Sarjapur Road, Bangalore. However the same has been heard oall over Bangalore.

#Bangalore This might be sonic boom
Which fighter jets are capable of doing it
American fighter jets did this in iraq
To save their soldiers It is a virtual sensation like blast when fighter jets fly with sound speed
And I can hear now the jets flying around,
doing sorties