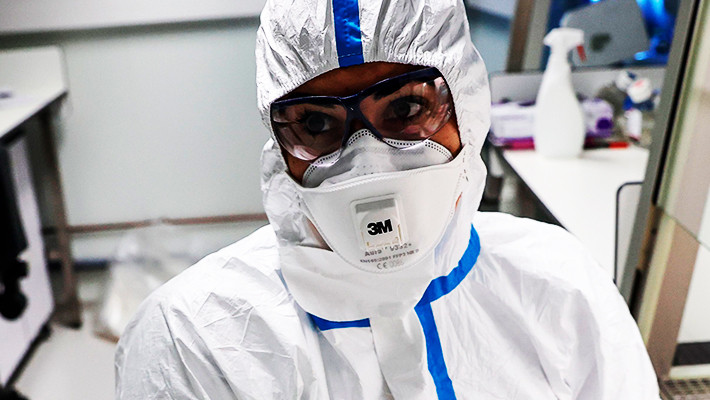 According to recent estimates reported by CNN, over 4,500 people have been infected with the coronavirus across over a dozen countries — including five confirmed cases in the United States, and 106 confirmed deaths, all of which have been in China. Breathe. Yes, that sounds scary, and yes those numbers will rise, but let’s put it into some historical perspective. In 2002 and 2012, we were introduced to two other coronaviruses by the name of SARS and MERS. SARS spread to 27 countries, infecting 8,000 people and killing 700, and MERS has infected 2,500 people and killed 850, according to figures gathered by the Telegraph.

Which is all just to say: Don’t go into a full panic just yet. Both SARS and MERS, like this new strain of the coronavirus, have no vaccine. Their death rates are tragic, but also manageable (compared to heart disease, etc). Of course, that doesn’t help when there’s a full-on media onslaught. So let’s dive into everything you need to know about the coronavirus.

The Coronavirus, a coronavirus — what the hell is this thing?

As we mentioned previously, what we’re dealing with here isn’t exactly “the” coronavirus, but rather a coronavirus, like SARS and MERS, but unique enough to have its own name, 2019-nCoV, which is science-speak for 2019 Novel Coronavirus. A coronavirus is a virus commonly found in animals, like bats, birds, camels, and even dogs and cats. Occasionally, a coronavirus will make the leap from animals to humans — no one knows why — where it can mutate into a sometimes deadly disease.

2019-nCoV’s symptoms include fever, coughing, difficulty breathing, and other respiratory issues, and has resulted in severe pneumonia-like illnesses in a quarter of cases. Once humans are infected, the virus is spread through coughing or sneezing, which produces droplets of the virus that contaminate surfaces or objects.

Where did this thing come from and where is it now?

The source of 2019-nCoV is believed to be a seafood market located in Wuhan, a city in central China. According to the Telegraph, the city’s health commission claims that the infection broke out sometime between December 12th and the 29th, with the first patients identified as employees of the market. The market is currently shut down, but during operation was home to stalls trading in snakes, marmots, and poultry, and the current thinking is that this most recent strain came from a bat or snake (though there is increased skepticism about that).

While the vast majority of cases are in China, particularly the city of Wuhan, it has spread to France, South Korea, Japan, Nepal, Thailand, Cambodia, Singapore, Vietnam, Taiwan, Canada, Sri Lanka, and Germany, according to the Washington Post, as well as the United States, and possibly the UK. The virus is likely to continue to spread and probably already has by the time you’re reading this.

CNN currently counts five confirmed cases of the Wuhan coronavirus, one in Washington, Illinois, and Arizona, and two in California (Orange County and Los Angeles), though over 100 people are still being monitored in 26 states across the country, 25 of which have already been cleared. All confirmed cases so far have been from people returning from Wuhan and the CDC maintains that the general risk of infection for Americans is low.

I’m still scared, is anyone doing anything about this?

Yes! You’ll be happy to know that Beijing was quick to share everything they know about 2019-nCoV’s genetic code with the international community, which means scientists everywhere are in the midst of developing vaccines, with the Telegraph reporting that two vaccine candidates are currently being tested in London. Unfortunately, it would likely take upwards of a year for a successful vaccine to be publically available, once its found.

China, where the alarm is much higher, is currently in the midst of building a hospital meant solely for treating patients infected with the coronavirus. They’re about four days in, and the building is almost finished! The northern Chinese city of Tangshan has also suspended all local public transportation in order to curb the possible spread of the virus.

The CDC has advised American’s to follow general flu season protocol and are cautiously optimistic, that this isn’t a full-blown pandemic.

So is it safe to travel?

Yes. Will your possible exposure to the coronavirus increase if you plan on traveling in 2020? Also yes, but in the same way that you’re less likely to get in a car accident if you just stay home. As of now, the CDC has raised travel precaution warnings to their highest level and suggested that Americans avoid all nonessential travel to China, though travel to China isn’t yet outright banned. Incoming travelers from Wuhan are currently being screened at U.S. airports in 26 states that receive the largest number of travelers from China, including airports in Los Angeles, San Francisco, New York, Atlanta, and Chicago.

So if you have plans to visit the Caribbean or safari in Africa, or a recent disaster zone that desperately needs your tourism — don’t sweat. Carry some hand sanitizer, wash your hands, and don’t do weird things like touch your eyes or mouth if you’ve been out in public all day.