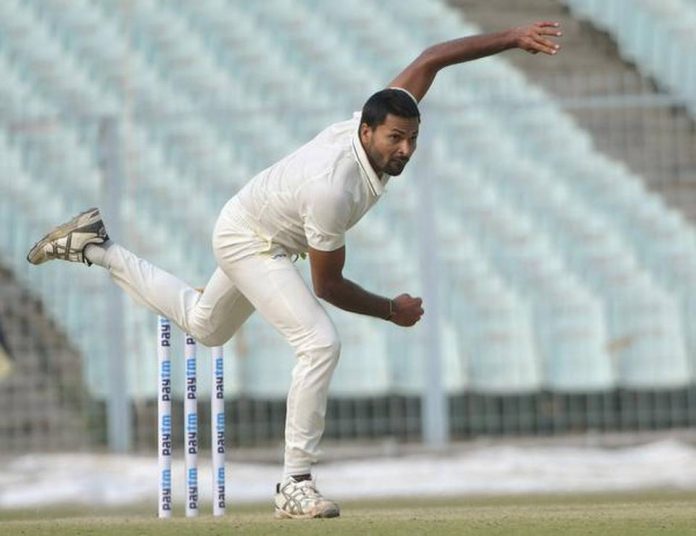 But a lapse in concentration from Samantray, who chased a widish delivery, triggered the collapse as Bengal seamer Nilkantha Das finally ended their dogged 125-run partnership, which came off 317 balls.

Shahbaz Ahmed and Ishan Porel then fired in quick succession as Odisha lost three wickets for 16 runs to end day two on a disappointing 151 for four, still 181 runs behind Bengal.

Bengal’s find of the season, all-rounder Shahbaz Ahmed then got into the act, cleaning up the well-set Mishra with a delivery that skidded off rough patches.

The left-arm spinner bowled with drift as the ball skidded from the rough and a clueless Mishra missed the line completely to see his off-stump unsettled.

Bengal immediately brought in their lanky pacer Ishan Porel, who gave the new batsmen duo of Govinda Poddar and night watchman Debabrata Pradhan some anxious moments before dismissing the former.

Porel bowled with pace and bounce and almost dismissed the former Odisha captain Poddar with a yorker but it missed both the pads and stumps.

In his next over, Porel bowled a rising bouncer and Poddar had no answer but to edge it to Anustup Majumdar in the slip cordon.

Other than the final hour’s play, it was a frustrating day for Bengal bowlers as they struggled to get any purchase from the flat deck of the DRIEMS College ground here, about 20kms from Cuttack.

Das gave the first breakthrough in the sixth over of the day, dismissing Anurag Sarangi (5) but from thereon Samantray and Mishra, the two leading rungetters of Odisha, took firm control of the proceedings.

Earlier, Bengal’s saviour Anustup Majumdar, who revived their innings from 46 for 5 on day one, notched up a career-best 157 after they resumed at 308 for 6.

However, Bengal could not make it big as they loss four wickets for just 30 runs inside 11 overs.

Shahbaz fell at his overnight score of 86 after being castled by Suryakant Pradhan (3/115) before Odisha pace spearhead Basant Mohanty ran through the lower order.

Playing his 100th first class match, Mohanty dismissed Mukesh Kumar and Ishan Porel off successive deliveries before ending the resistance of Majumdar en route to figures of 4 for 53.