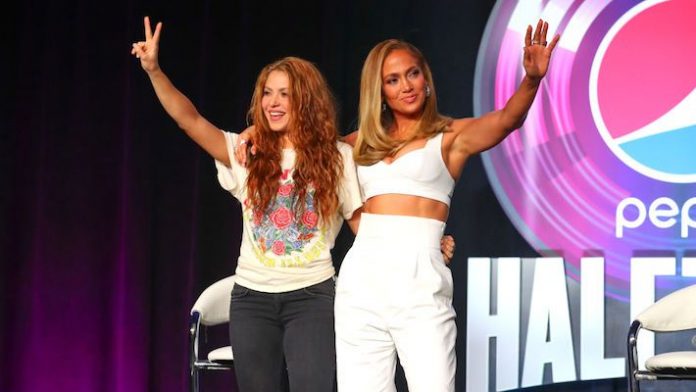 On Sunday, Shakira and Jennifer Lopez will light up the stage during the Super Bowl LIV Pepsi halftime show. The two see the performance as a way to represent the Latino community, especially since the game is taking place in Miami, and just ahead of their performance, they sat down together for their first-ever joint interview in Spanish with ESPN Español.

During the interview, both Shakira and J. Lo spoke to the cultural importance of Latin music and how they hope the performance will represent Latinx people across the country. “This show will have very important repercussions,” said Shakira. “We are a mix of cultures and we conserve so many idiosyncratic cultural traits that make us unique. Our music is a reflection of that.”

“The energy we bring is an energy full of love and warmth,” J Lo agreed. The singer also spoke to the breadth of styles encompassed within Latin music. “It’s so diversified, it’s so many different styles. Just like in English music, there are so many styles. It’s the same thing in Spanish.”

Ahead of the interview, Lopez said their performance brings an important message. “I love that the Super Bowl has two women performing this year, that they have two Latinos performing this year,” Lopez said. “For me, it’s their 100th anniversary, but it’s also the marker of a new time, not just for the NFL, but for this country. [It] sends an important message to everyone.”

Watch Shakira and Jennifer Lopez’s interview with ESPN Español above.