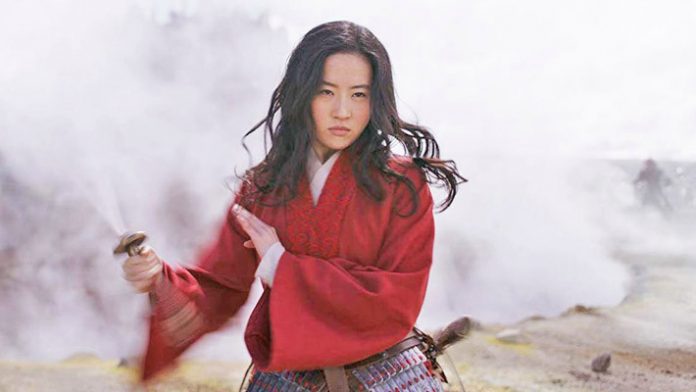 The Super Bowl movie spots are coming Fast and Furious, and that includes an entry from Disney’s life-action Mulan remake. From the looks of the first trailer, we knew that this would be a dead-serious approach with no musical numbers or witty dragon, and this new spot keeps delivering on that sentiment. Further, it sure looks like Walt Disney Studios has carved out a genuine action flick starring Liu Yifei as the resolute Hua Mulan, who rejects the traditional path of marriage to “bring honor to us all.”

“All” refers to her family, given that Mulan steps in for her father, an honored warrior, in the imperial army. And since director Niki Caro is crafting a fully feminist take on the story, “all” could be interpreted as womankind as well. It also must be mentioned that Mulan’s holding her own with a sword while ducking an arrow. These scenes could be dropped right into an MCU film, and they’d be right at home, and with less CGI, even. From the synopsis:

When the Emperor of China issues a decree that one man per family must serve in the Imperial Army to defend the country from Northern invaders, Hua Mulan, the eldest daughter of an honored warrior, steps in to take the place of her ailing father. Masquerading as a man, Hua Jun, she is tested every step of the way and must harness her inner-strength and embrace her true potential. It is an epic journey that will transform her into an honored warrior and earn her the respect of a grateful nation … and a proud father.