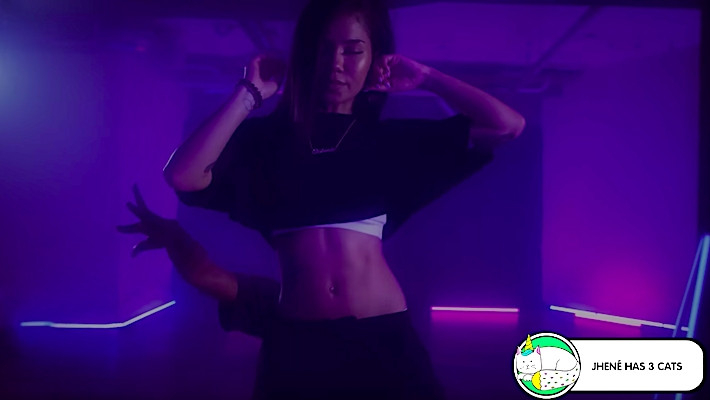 Jhene Aiko’s latest video, “P*ssy Fairy,” alerted her fans that the singer has something cooking and now, they know when her new project is due. Rather than making a simple announcement or sending out a press release, though, the “None Of Your Concern” singer found a creative way to announce the release date while slyly winking toward her fellow millennials with a Pop-Up Video-style re-release of “P*ssy Fairy,” which you can watch above.

’90s kids will remember Pop-Up Video from VH1, which would plaster the station’s five most popular videos with “pop-up” bubbles — officially called “info nuggets” — revealing trivia about the video, its creation, or the artist’s personal life. In the case of the “P*ssy Fairy” video above, which features slow-burning choreography performed by Jhene and another dancer, the tidbits include Twitter shout-outs to her friends, the correct pronunciations of her name, a definition for the word “p*ssy,” the origin of the song’s fanciful title, background on her philosophical beliefs, and of course, the release information for her upcoming third album, Chilombo. Chilombo, titled after Jhene’s last name, is due for release in February 2020.

Watch the pop-up video version of “P*ssy Fairy” above.

Chilombo is out in February via Def Jam.