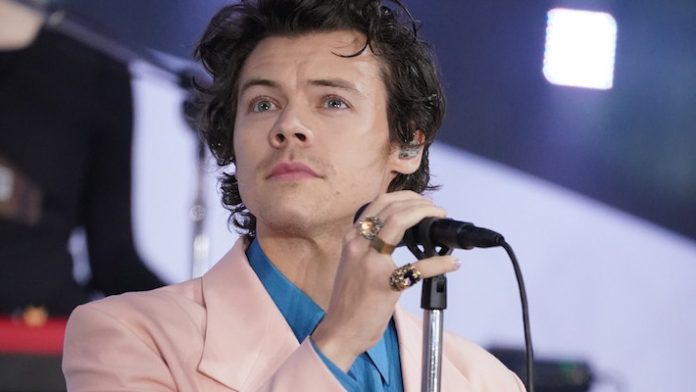 Late last year Harry Styles released his masterful second album, Fine Line, and a whole world tour to go along with it. He’s still well into the promotion cycle for that late 2019 album and the tour itself, so this morning he dropped by the Today Show to give fans gathered at Rockefeller Center the best Wednesday morning of their lives. Styles performed a slew of his newest hits, including “Lights Up,” “Watermelon Sugar,” “Kiwi” and “Adore You” for the massive TV special, but also threw in an old One Direction hit for the die-hard fans, performing “What Makes You Beautiful” off the band’s 2012 album, Up All Night.

Official video of that song isn’t out yet, but some fan-shot clips perfectly capture just how much the crowd loved it:

In typical Harry fashion, he’s making sure there are little milestones for his fans all along the way of his tour. And even though it’s only February, he’s already got big plans in store for his New York-based fans, come October. Dubbed “Harryween,” a two-night special event with “fancy dress” and opener Orville Peck is how Harry plans to ring in the spookiest holiday of the year.

Everyone knows the live show is where the magic of being a Harry fan really comes alive. Watching the clips above is the closest way to get one small taste.