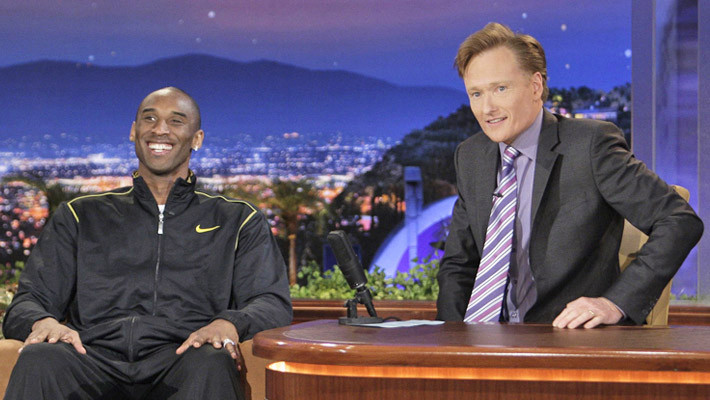 Conan O’Brien joined the chorus of those remembering Kobe Bryant following his tragic death over the weekend alongside his daughter Gigi and seven other souls. The late-night TBS host did things a little differently, however. Conan did want to acknowledge all of the rightful tributes made to the NBA MVP by Los Angeles Lakers fans, who continue to admire his prowess on the court and the gifts that he continued to give to the athletic community. Yet Team Coco wanted to remember Kobe, at least for a few minutes, not with tears but with hearty laughter. As Conan explained, Kobe was a “terrific guest” who could almost effortlessly charm the audience and light up the room with humor.

“Many of the people who work here at our show have grown up in this city. Kobe was their hero,” Conan explained. “Just listening to the coverage, so much is rightly being said about Kobe’s incredible gifts. I wanted to take a moment to highlight another aspect of Kobe’s talent: he was naturally very funny and charming. A superstar doesn’t have to be a great guest, he just was. That memory I’d like to share with you tonight.”

Then the evidence piled up with clips of Kobe gamely answering questions about his “game face” and exactly how and why “that face happens.” The segment is a joy to watch — from Kobe’s jokes about Phil Jackson’s sage burning and his own In-N-Out visits — and probably exactly Kobe’s fans can appreciate right now.