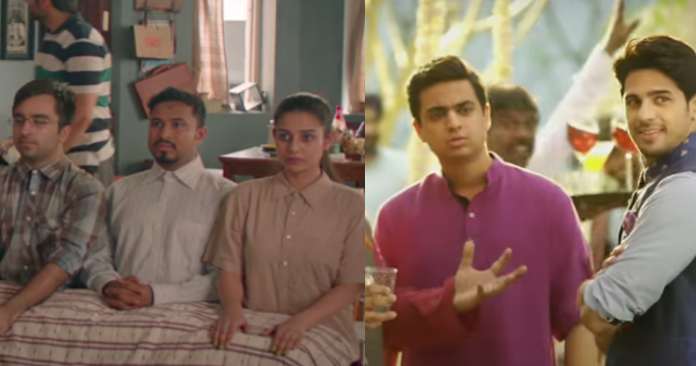 Hey Readers! Welcome back to Desi Humor. YouTube has gained a lot more interest in the past few years. People tend to take up YouTube vlogging as their full-time career. They get a chance to work accordingly with their choices. The platform has got various streams to choose from. Be it music, be it makeup, be it dance Or cooking they have scope for all. There are many YouTube vloggers who have marked their success quite well.

When there are many typical 9 to 10 jobs, YouTube helps to earn money with the fame and comfort of your home. And some of them were extremely talented vloggers who couldn’t let the director resist without approaching them.

We have listed today such famous and talented vloggers who paved their way to success in Bollywood.

Kanan is a very popular stand-up comedian mostly seen on canvas laugh club. Apart from YouTube, he was also seen as a mentor in an Amazon Prime series ‘Comicstaan’. The golden wing was added to his cap when he did his first Bollywood movie. He was cast against Sonakshi Sinha, in ‘Noor’ playing her best friend Saad.

She is a very famous YouTube blogger and model. Scherezade is beautiful and talented as well. She got her cameo in the movie Bluffmaster. We hope to see her more in the coming years.

I know your mind recalled his “Son of Abish” He is also a part of All India Bakchod aka AIB group. He is an amazing comedian. Abish got his little cameo role in “Meri Pyaari Bindu”. The fans await to see him onscreen again.

Yet another comedian on the list. Sapan Verma is one of the co-founders of the very famous channel ” East India Company “. He was seen acting as Farhan Akhtar’s friend in the movie ” Luck by Chance “.

Mallika is a copywriter and is very much known for her posts on Instagram and Snapchat. She was seen sharing space with Irfan Khan. She acted as one of his customers in ‘Hindi Medium’.

This multi-talented personality is the creative director of The Viral Fever (TVF). He is a writer, director, and a very good actor. He got a role in ‘ Baghi’ sharing screen with Shraddha Kapoor and Tiger Shroff.

Another entry from AIB. Rohan was spotted in ‘Baar Baar Dekho’ with Siddharth Malhotra. He played a supporting role for him. Though he did present his skills quite well and may also be approached for future projects.

Yet again AIB gave us another name. The very famous Tanmay Bhatt got his break from Mr. X starring Imraan Hashmi. He was also seen in Ragini MMS 2. He also acted in Kabhi Khushi Kabhi Ghum. Apart from this he is very much loved on YouTube for all his shows.

The last remarkable entry in the list is from East India Company. Shail is again a very good comedian. He was seen in the 2010 drama film Guzaarish, in a supporting role.