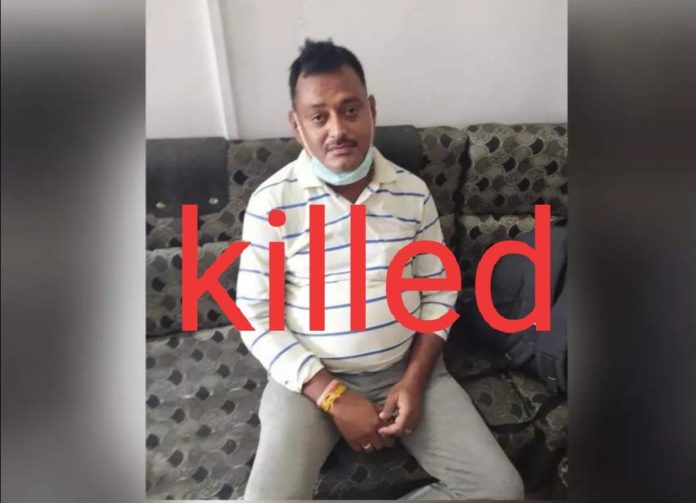 Lucknow Gangster Vikas Dubey, the main accused in the murder of 8 policemen in Kanpur, was killed in an encounter in Kanpur today. According to the information, Vikas Dubey tried to escape after overturning in the path of UP STF train coming from Ujjain to Kanpur. After this, the encounter between the police and Vikas Dubey started. After overturning the vehicle, Most Wanted Vikas Dubey snatched the pistol and opened fire. Police has taken Vikas seriously injured in the encounter to the hospital. After which he died. This has been confirmed by the police.

Uttar Pradesh’s most wanted gangster Vikas Dubey, who was in the limelight across the country after killing eight policemen on the night of July 2 in Bikeru village in Kanpur, was found in the Mahakal temple complex in Ujjain on Thursday morning. He was arrested by the Madhya Pradesh Police after a six-day search. However, the arrest of the notorious criminal who was on police alert in several states was done in a dramatic manner.

The Madhya Pradesh Police is claiming to have caught him, but video footage of the events is telling the script of his surrender. This is the reason why common people, including relatives of the sacrificed policemen, are saying that Vikas Dubey has not been arrested, he has surrendered as a whole strategy. It is also being told that Vikas himself also said that he has come here only to give arrest. The Uttar Pradesh police has also detained his wife and son from Lucknow. On the other hand, two more henchmen were killed in two encounters with police in Kanpur and Etawah. Police has killed five people associated with the development so far. With this, ten people including two policemen have been arrested so far.