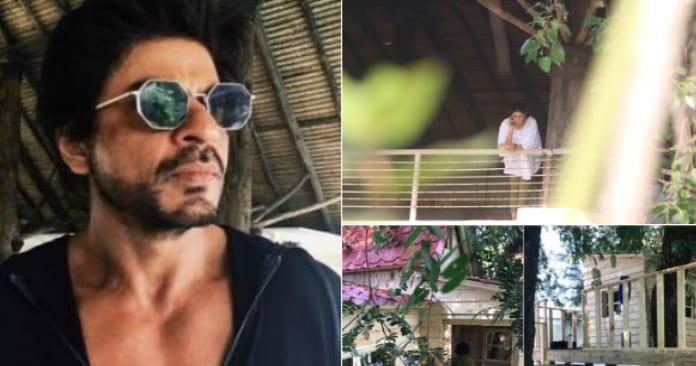 The Indian film industry is one of the richest industries in our country and celebrities have tended to become the modern world’s kings and queens. The life of Bollywood celebs is something that excites us the most. All the luxuries and special treatments they get are like a dream come true for any individual!!! Right??

However, reaching the heights of success is something that takes years of hard work which is not everyone’s cup of tea. Being an actor is not an easy task. Tons of people migrate to Mumbai to fulfill their aspirations to become a great actor however, only a few lucky ones are able to get the opportunity.

We only tend to see the fame and luxuries coming to them however, their struggles remain forgotten. Talking about the homes of Bollywood celebrities, it is not a surprise that each star owns magnificent and unique properties throughout the globe which is filled with luxurious amenities and breath-taking views.

Apart from this, Bollywood celebs own these lavish properties in India as well as abroad. These properties help them to enjoy a “me-time” and take a break from their hectic schedules. So, let’s have a look at the holiday homes owned by Bollywood celebs:

The journey from being a waiter to being a successful Bollywood star was not easy at all. The story of superstar Akshay Kumar is full of ups-downs and struggles. Its truly said that if something is written in your fate, then you will definitely get it, sooner or later.

Even after struggling in life, the “Khiladi of Bollywood” has now become one of the most loved actors in the industry. The actor is well-known for portraying a variety of roles in movies. The Khiladi of Bollywood owns a hill in Canada along with a few apartments in Toronto.

Shah Rukh Khan- “The Baadshah of Bollywood”, lives life King size and everything he owns is worth lakhs and crores of rupees. Khan is never behind when it comes to showing chivalry and rich taste!

Apart from the magnificent property owned by King Khan, Mannat, which is a one-in-all property and home to expensive artifacts, a huge library, multi-functional gym and the most elegant office!

He owns a villa in the Palm Jumeirah which costs around 17 crores and is spread over 8500 square feet. It includes a private beach as well as the pool area.

King Khan takes a break from the chaos like a King. The Baadshah also owns a plush villa called ‘Jannat’ in Alibaug. How cool, right??

Aishwarya is well-known for her ethereal beauty and was busy working hard until she got married to Abhishek Bachhan back in 2007 when she was 34. She is one of the reigning queens of Bollywood and has worked in various Blockbuster hits.

However, Abhishek Bachchan isn’t seen frequently on the big screen and even wasn’t able to make money through endorsements and commercial ads these days. The last time Abhishek made to screen was in Anurag Basu’s film Manmarziyaan in 2018.

Even after being the son of superstar duo Amitabh and Jaya Bachchan, he failed to establish his career as a successful actor. But despite this, we always find him traveling to exotic locations or driving luxury cars with his dazzling wife Aishwarya Rai Bachchan.

Abhishek’s net Worth is $35 million as of the year 2019 and currently, he is earning as a producer. The beautiful couple owns a lavish villa in Dubai. Adorable, Right??

Priyanka is one of the sensational actresses who had made the country proud by exhibiting her talent worldwide and getting into the Hollywood industry.

The actress owns a private jet from the time when she was not even married and has achieved a stature that she can afford all the luxuries that she had dreamt of herself!!

Priyanka loves to travel and even owns a holiday home in Goa. It is located near Baga Beach and is a sea-facing bungalow that Chopra always dreamed of!!

Bollywood’s legendary actor Aamir Khan has been in the industry for nearly three decades and is well known for being a perfectionist because of his hard work! Mr. Perfectionist of Bollywood has played a variety of characters and has constantly experimented with his looks throughout his career.

The actor has given several hits and has emerged as one of the finest actors of Bollywood. Aamir owns a property in Panchgani that is spread over 2 acres. It cost 7 crores when he bought it for Homi Adajania.

The Royal couple of Bollywood does not need much introduction. Right?? The couple is said to have a very colorful life, which they are relishing to the fullest. The duo has been giving us major couple goals for a long time now and whenever they step out together, they make everyone’s heads turn with their classic choices.

Well, as we all know, Khan was born to Mansoor Ali Khan Pataudi, a former captain of the Indian national cricket team, and his wife Sharmila Tagore, a film actress. Belonging from a royal family, the couple owns a number of luxurious things and apart from them, they own a chalet in Switzerland and make it a point to visit Gstaad every year.

Suniel Shetty is an Indian film actor, producer, and entrepreneur who is predominantly active in Bollywood films. In a career spanning more than 25 years, he has acted in more than 110 films. His major works have been action and comedy films.

He even received a Filmfare Award out of five nominations. Suniel is the owner of the production house Popcorn Entertainment Private Limited. Apart from this all, Shetty owns a plush bungalow in Khandala which is indeed a dream house to many!!