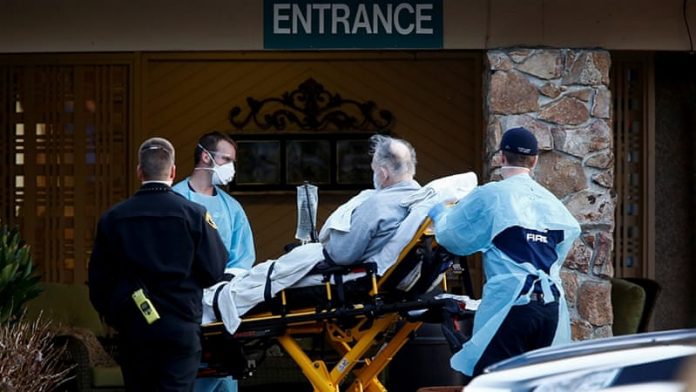 Washington: Over 16,000 confirmed cases were reported Thursday in a single day in the United States (US) as the total number of COVID-19 patients soared to 85,088, the highest for any country, according to data compiled by ‘Worldometer’.

According to ‘Worldometer’, the US by Thursday night had 85,088 individuals infected with coronavirus, of which 16,877 were added just in a single day. A week ago, the number of confirmed cases was 8,000. It has dangerously surged 10 times in the span of a week.

With at least 263 deaths, the US also reported most number of fatalities due to the contagion on a single day Thursday. At least 1,290 Americans have died due to coronavirus so far. Over 2,000 coronavirus cases were reportedly in a serious condition. The number of confirmed cases as well as the deaths due to COVID-19 is likely to increase substantially in the coming days.

In China, from where it all originated, 3,287 people have died due to coronavirus pandemic while Italy has recorded 8,215 such deaths.

US President Donald Trump attributed the spike in the confirmed cases of coronavirus to the large-scale testing of the deadly disease. “I think it’s a tribute to our testing,” Trump said. “No one knows what the numbers are in China,” he added.

Vice-President Mike Pence said it is important for hospitals and labs testing the samples to report back to the Centre for Disease Control and Federal Emergency Management Agency so that the government has full visibility to provide the President with the best counsel.

The Abbott Laboratory, Pence said, submitted to Food and Drug Administration a national request for approval of a point-of-care test. This would be the kind of test where one could go to a doctor and get the test done and have the results in no more than 15 minutes.

According to Dr Deborah Brix, coordinator for the White House Coronavirus Task Force, 55 per cent of all new cases continue out of the New York Metro area. This includes New Jersey as well, she said and expressed concern over the coronavirus spread.

“At the same time, 19 of the 50 states that had early cases, but have persistently low level of cases and at this point have less than 200 cases,” informed Brix.

There are very few guys to look up to in current Indian team: Yuvraj Singh tells Rohit Sharma on live chat