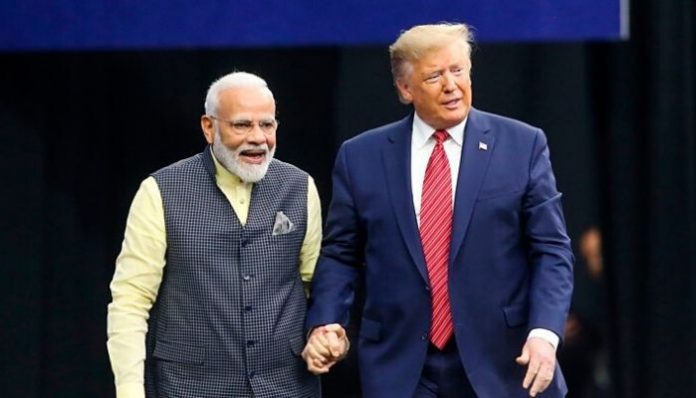 Donald Trump, The President of The United States is set to visit India between February 24 and 25. The White House has announced it officially.

The trip will further strengthen the U.S.-India strategic partnership & highlight the strong & enduring bonds between the American & Indian people. ???????? ????????

The Office of the Press Secretary stated, “The President and The First Lady will travel to New Delhi and Ahmedabad, which is in Prime Minister Modi’s home state of Gujarat and played such an important role in Mahatma Gandhi’s life and leadership of the Indian independence movement.”

The White House reiterated that the trip will strengthen the strategic partnership between the two countries and highlight the strong bond between the people of India and the States.

In anticipation of the event, the President’s security team has landed in India last week. When the two world leaders met on the sidelines of the UN General Assembly, no deals were signed. A limited trade deal may be signed during the visit by President Trump.

As per reports, a $1.86 billion missile defence system deal is being worked upon, apart from a 2.6 Billion USD 24 MH-60 Seahawk helicopters made by Lockheed Martin is also on the cards.

This will be the first trip of American President Donald Trump to India. He will be also be accompanied by the First Lady Melania Trump. Last year, PM Modi had visited the US and they had attended a massive ‘Howdy, Modi’ event organised in Houston together.