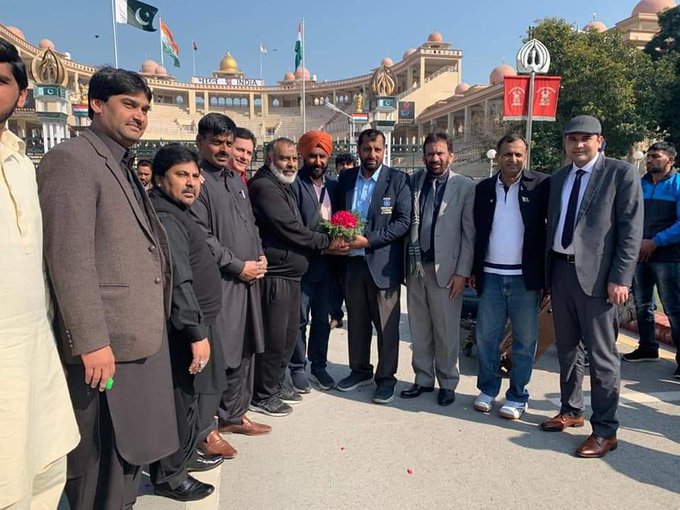 New Delhi: The arrival of an ‘Indian team’ in Pakistan for the World Kabaddi Championship has kicked up a controversy with the sports ministry and the national federation claiming that they have not given clearance to any athlete for competing in the neighbouring country.

A contingent from India reached Lahore on Saturday via the Wagah Border to take part in the championship, being hosted by Pakistan for the first time. The pictures and footage of the Indians arriving in Lahore have surfaced in social media.

The tournament opens Monday at the Punjab Football Stadium in Lahore followed by some matches which will also be held in Faisalabad and Gujrat.

A sport ministry spokesman said the government has not granted permission to any athlete to travel to Pakistan for the event.

“The sports ministry and the ministry of external affairs have not granted any permission to any team, which is mandatory while representing the country at any international event,” a sports ministry source said on condition of anonymity.

The administrator of Amateur Kabbadi Federation of India (AKFI) Justice (Retd) S P Garg also said that the national body has not cleared any such team.

“We have no information about any Kabbadi team which has gone to Pakistan. No permission was ever granted by AKFI to any team to go to Pakistan and play any Kabbadi match there,” he said.

“We came to know about it only after information was sought. AKFI does not support any such activity. Legal action may be taken against the defaulters,” he added.

The procedure for participation at overseas events is that the national federation will communicate to the sports ministry which in turn will write to the MEA for political clearance and Home Ministry for security clearance, irrespective of whether the government is funding the contingent or not.

AKFI is currently being run by administrator, Justice (retd) Garg, after the Delhi High Court had struck down it elections held in 2018.

The officials of the Pakistan Kabaddi Federation welcomed and garlanded the Indian players when they crossed into Pakistan from Wagah border from where they were taken in a security convoy to their hotel in Lahore.