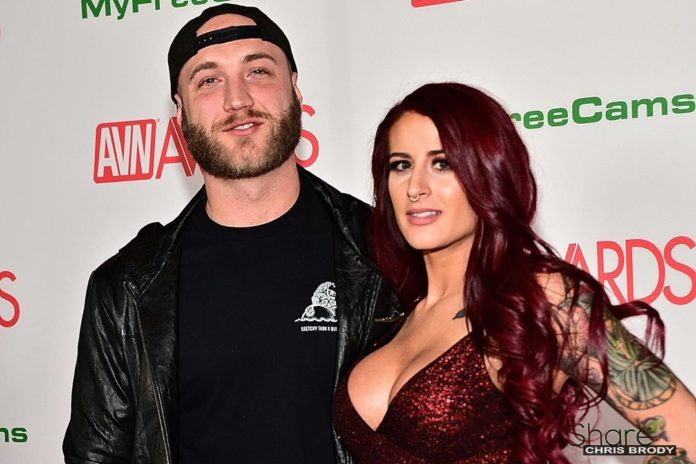 Popularly known WWE Wrestler Hulk Hogan’s son and notable DJ, Nick Hogan is the talk of the town. Nick Hogan is a popular social media figure and is known for his appearance in the reality show ‘Hogan Knows Best’. Nick Hogan has a niche following his street magic tricks and illusionary activities using cards, water, knives and so on.

Nick Hogan has a decent following on Instagram and his recent post has created a lot of buzz and speculations about Nick Hogan’s girlfriend. Nick Hogan was dating Breana Tiesi for seven years between 2008 and 2015. However, Nick Hogan’s fans are interested to know who Nick Hogan is dating right now?

Who Is Nick Hogan’s Girlfriend?

Who is Tana Lea?

Apart from health and fitness targeted content, Tana endorses several bikini brands on her Instagram account. Though she is not a professional model, Tana has a thing for modeling. Other routine content includes makeup and skincare related posts, yoga and workout related content.

Mom & Dad are wild ? I love you so muchhhhh @nickhogan ❤️❤️❤️

Tana is currently 32 years old and has taken up to social media after making a living out of adult film industry. Tana Lea’s date of birth is March 9th, 1988.

While specific details about her parents is unknown, Tana Lea has posted some Instagram posts with her family.

Nick Hogan’s girlfriend is popular face on Instagram and Youtube considering most of her Instagram content features her sizzling body. Currently, Tana Lea’s Instagram followers are more than 900K. There are several pictures of Tana Lea and Nick Hogan in her feed.

Sometimes I can look sweet ?

Are you following @mavensx yet? It’s the only place all of my hot girlfriends send me sexy pics & videos to show you! @mavensx ❤️

Tana Lea shot to the trending zone on social media ever since the spat between her current boyfriend Nick Hogan and Tyga. Tyga, a popular rapper was caught off guard after Nick shared a screenshot of the flirtatious messages he sent to Tana Lea. Nick Hogan reacted to the direct message he sent to Tana Lea and the “lustful eyes” emoji comment. Nick Hogan replied with a selfie of himself and posted the response on Instagram with the caption, “When they slide in @thetanalea’s DM’s.”

However, Tyga stepped up the gas and responded with Tana Lea’s conversations with him in 2018. This post was eventually deleted by Tyga.

Tana Lea cleared the air claiming that she was single when she messaged Tyga in 2018. However, Tyga took the flirty touch now even though he knew she was with Nick. Tana Lea took a dig at Tyga’s past cheating fiasco with Kylie Jenner.