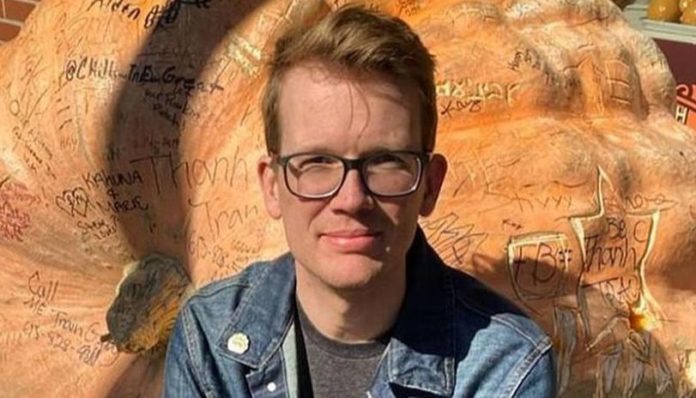 Who is Hank Green?

Known for his popular videos on Youtube, Hank Green is a renowned face in the world of vlogging, apart from being a musician and an entrepreneur. Hank Green is a science enthusiast, podcaster and an author too. Hank Green is releasing his new book, A Beautifully Foolish Endeavor in July.

Hank Green’s content related to science has a very wide following especially with the teenage audience as he motivates, inspires the young towards science.

Hank Green’s Youtube Channel is called ‘Crash Course’ which has a whopping 11 million+ subscribers . Initially, Hank Green started a Youtube channel called ‘VlogBrothers’ in collaboration with his brother John Green. The topics featured in Crash Course included Humanities and Science but it later evolved with the inclusion of new hosts like Phil Plait and Emily Graslie.

Hank Green graduated from the Eckerd College and possesses a Master’s degree from the University of Montana.

Hank Green produced a music album called So Jokes in 2008 which sprung up to the Top 25 in the Billboard’s listings for online albums.

Hank Green’s wife is Katherine Green. Hank and Katherine have a four year old son. They live in Montana, USA.

Hank Green is a very talented individual with multiple sources of income. While his major source of revenue is the revenue received from Patreon, Hank Green receives a hefty ad revenue cheque from Youtube. Hank Green continues to churn money from shows like Scishow Psych, PBS Eons, Crash Course: History of Science and Journey to the Microcosmos.

According to reports, Hank Green’s net worth is $12.5 million. His sources of income include grants from the Gates foundation and content collaboration with PBS Digital Studios.