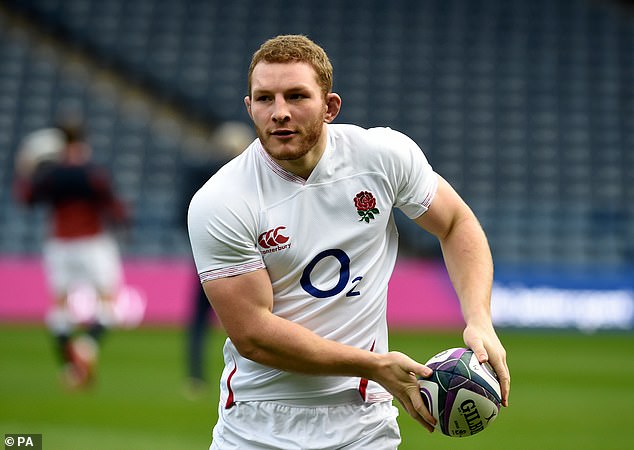 Sam Underhill admits the pressure is on as England walk into the eye of a storm in Saturday’s clash with Scotland.

Strong winds of are forecast to hit Murrayfield and England must adapt to the weather conditions.

A second loss in seven days, following the defeat by France last week, would effectively kill the English title bid and flanker Underhill said: ‘For us the pressure is on, which is something you can ignore and try to play down or it’s something you can embrace.

‘We’ve got to embrace it. When you have a disappointing result there’s nothing more that you want than another game. The fact that it just happens to be a Calcutta Cup is even better for us. ‘Ultimately, pressure is something you need to perform at your best.’

England wing Jonny May was the outstanding performer in the defeat by France when he scored two second-half tries. May’s Leicester future is in doubt but he insisted that he will not lose focus. 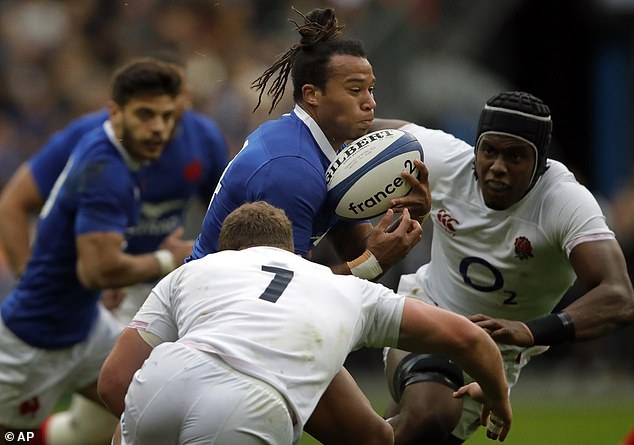 ‘It’s actually quite nice to be here. Nobody knows what I’m going to do yet because I don’t. I’m not in a position to be thinking about it right now. We’ve got all hands on deck.

‘We’re playing Scotland and everything I’m doing is focused on being the best I can be here.’

Scotland are also looking for their first win of the campaign after defeat by Ireland last week and captain Stuart Hogg said they are determined to shake off their ‘brave losers’ tag.

The full-back said: ‘The tag we’ve been given really hurts the players, but we need to be in a position to win Test matches before that goes. There’s a Calcutta Cup to play for and that’s all we’re concentrating on. It’s a huge occasion for us.

‘Some boys are playing in this game for the first time, but we’ve shown over the past couple of years that we’re more than capable of winning.’