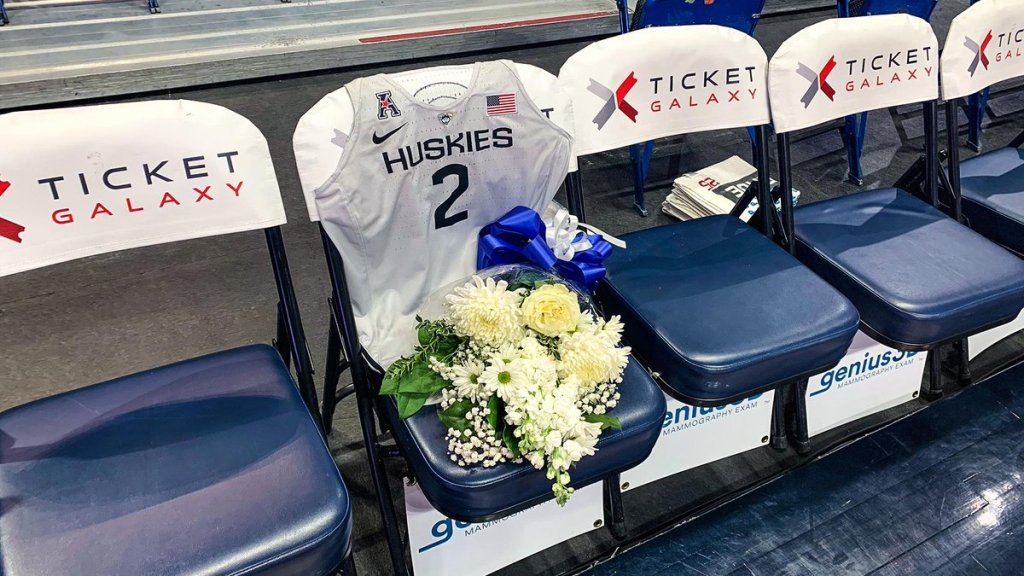 Kobe and Gianna Bryant were among the nine that died on Sunday morning in a helicopter crash in Calabasas, en route to a basketball tournament. The tragedy stunned the sports world and beyond. Tributes to Kobe poured out onto social media from fans, current and former players, coaches, teams, athletes across all sports, musical artists, and more.

Teams playing on Sunday honored Bryant with 8-second and 24-second violations to open the games, and fans poured into the area surrounding Staples Center, despite the Grammy’s being there, to pay tribute to the legend. On Monday, the league announced the Lakers-Clippers game would be postponed as the Laker organization deals with the tremendous grief of losing Bryant, but the impact of his death, Gianna’s, and the seven others on the helicopter are felt far beyond just Los Angeles.

An example of that is in Hartford, Connecticut, where UConn’s women’s basketball team will face Team USA in a huge exhibition game at the XL Center on Tuesday night. UConn is where Gianna Bryant wanted to play college ball, and the Huskies paid tribute to Gianna by placing a UConn jersey with her No. 2 on a chair with flowers on the bench.

Team USA’s Breanna Stewart, who is making her return to the court for the first time since rupturing her Achilles — fittingly where she became a star at UConn — had ESPN’s Holly Rowe help her for a tribute, writing all nine of the victims of the helicopter crash on her sneakers before the game.

What was always going to be a big event in Hartford now figures to be a very emotional night as well.