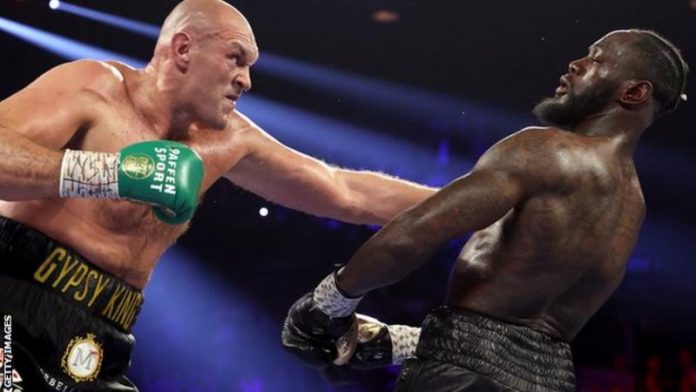 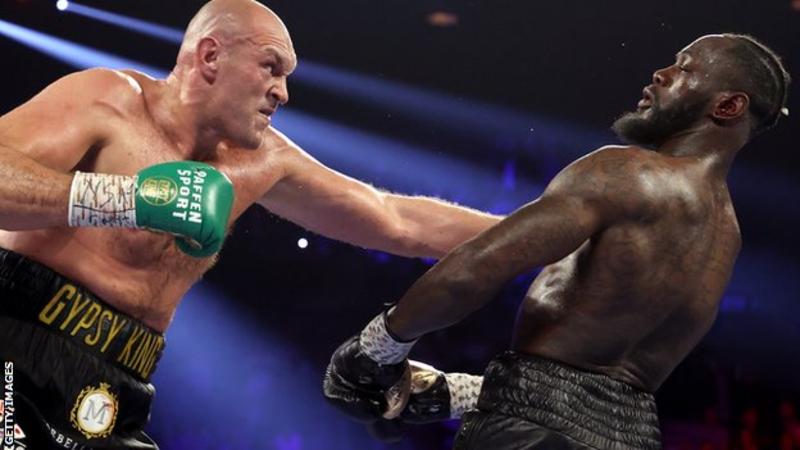 Tyson Fury’s promoter Frank Warren says he would be “disappointed” if Deontay Wilder exercised his option for a world heavyweight title rematch.

Wilder was stopped by the Briton on Saturday in Las Vegas, but a clause in the contract for that fight allows him another bout.

The American has indicated he will take the fight, but Warren wants Fury’s next opponent to be Anthony Joshua.

“I prefer to go straight to Joshua, but that is the contract,” he said.

Speaking on BBC Radio 5 live, Warren added: “It has to be honoured unless we can reach some accommodation for him to step aside. We could pay him to step aside if he wants to do that, but that is his choice.

The latest fight between Fury and Wilder was itself a rematch, with the two having been declared to have drawn in December 2018.

Second time around, Fury claimed the WBC crown from Wilder, who would later blame the weight of his elaborate ringwalk costume for his first defeat in 44 professional fights.

Wilder has 30 days from Saturday to invoke the rematch clause, with Warren stating the former champion would choose to do so both for the money he would earn and because he believes he can beat Fury.

“It’s a bit of both,” Warren said. “It would be lucrative for him, but I have spoken to his manager and Deontay does believe he has the beating of Tyson, and he can knock him out. I don’t believe that. I fancied Tyson to stop him before the fight at the weekend.

“If he insists on the fight, we’re locked into it.”

A fight between Fury and fellow Briton Joshua could unify the heavyweight division, with Joshua holding the IBF, WBA and WBO versions of the world title.

However, before fighting Fury, Joshua could have to fight mandatory challengers for those belts, or negotiate deals for them to step aside.

Still, Warren is hopeful the bout can take place in 2020.

“I want it before the end of the year, provided Anthony Joshua does not get defeated by anyone else,” he said.