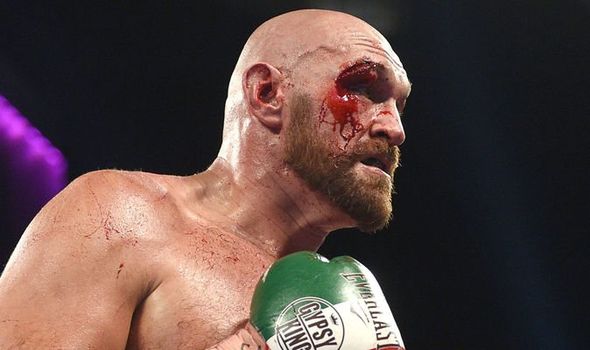 Tyson Fury admits the horrific cut he suffered above his eye last year could open up in his rematch with Deontay Wilder. The former unified heavyweight champion suffered two horrific lacerations above his right eye in his unanimous decision victory over Otto Wallin last September.

One of the cuts was a deep gash along the brow of his eye, which required a staggering 47 stitches to close.

Understandably, there are concerns Fury’s cut could reopen in his eagerly-anticipated second meeting with Wilder, who many regard to be the hardest-hitting straight puncher in the history of boxing.

Fury, however, isn’t thinking about the possibility of the wound reopening.

“The eye is doing well,” ‘The Gypsy King’ recently told Sky Sports News. “The eye is healed up quite well. Is there any risk? I don’t know because I am not a surgeon. 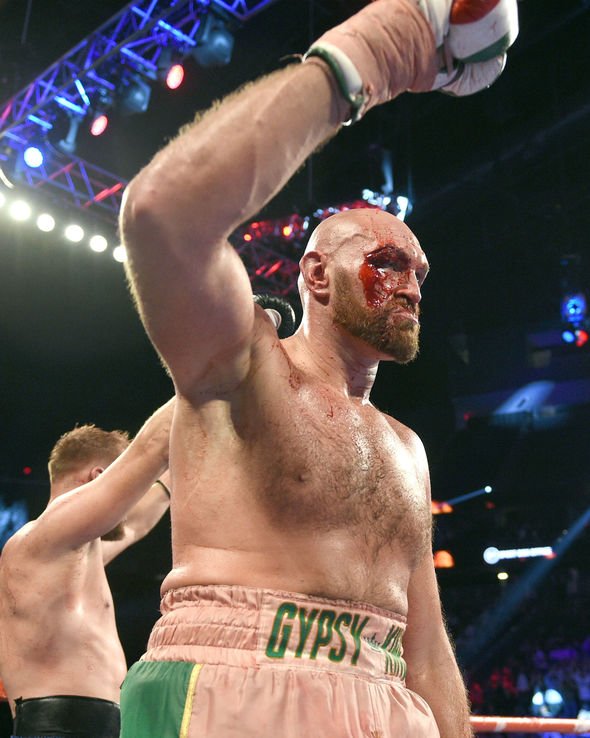 If it opens, up it opens up

“I am sure there will be. There is nothing much I can do about that.

“If it opens, up it opens up. It’s out of my control. There is nothing I can do about that eye opening in a fight.”

Fury’s rematch with Wilder – the reigning WBC heavyweight champion – will take place at Las Vegas’ MGM Grand Garden Arena on February 22nd, five months since he was maimed by Wallin.

Wilder plans to target Fury’s right eye in their multi-million-pound showdown, saying: “Most definitely. I mean, that’s what you do.

Deontay Wilder reveals he considered shooting himself as a teenager

“If it opens it all depends on how good his plastic surgeon was, how fast it opens. Because the power that I have, I know how to cut a man open.”

Wilder, 34, believes the severity of Fury’s cut should’ve led to the fight being stopped, saying: “Come on bro. This is a three-inch deep cut, like a rainbow over his eyebrow.

“It was longer than his eyebrow itself. Two inches wide. Bro, that was automatic stop, but we all know there’s so much money involved.”

Fury has been preparing for his second crack at Wilder in Sin City and looks to be in phenomenal shape ahead of his third world title fight. 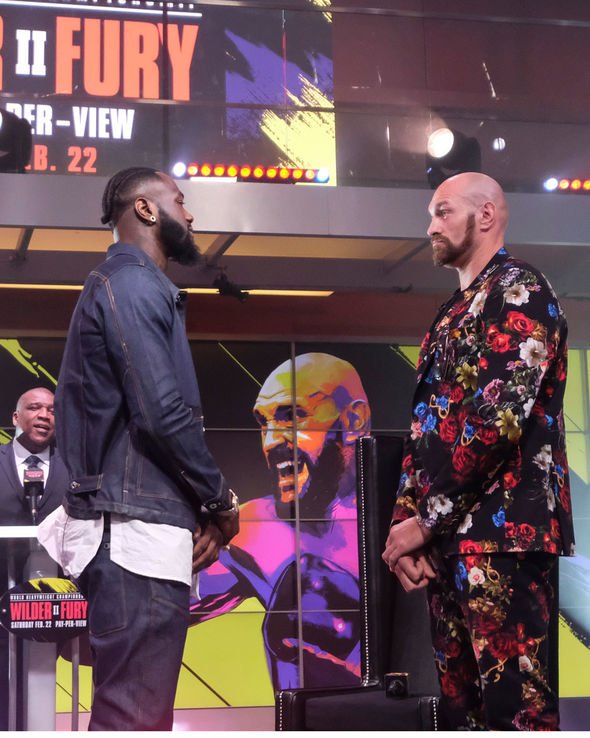 He plans to tip the scales at 270lbs, a whole 14lbs heavier than he weighed for his first meeting with the American.

Wilder’s head coach Jay Deas isn’t concerned about the extra weight Fury will be carrying on fight night, telling World Boxing News: “Tyson Fury can say what he wants about how the fight will go.

“But whatever their game plan is we will be well prepared for it. In regards to the weight, he’s a big guy anyway. Heavyweights shouldn’t let the scale dictate anything.