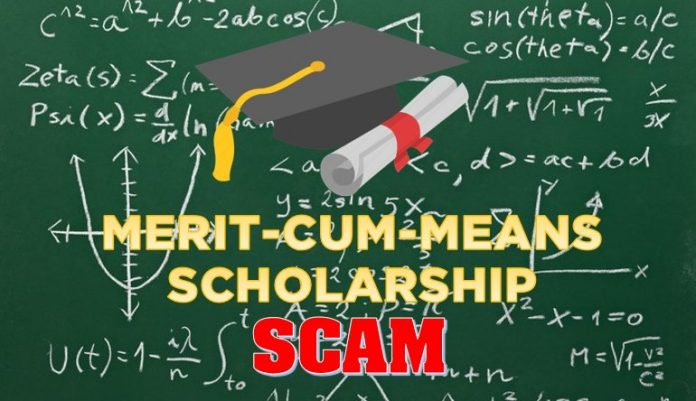 The Jammu and Kashmir Crime Branch has initiated an enquiry against officials of the Ministry of Minority Affairs and others for their alleged role in a huge fraud with regards to merit-cum-means scholarship involving a whopping amount of Rs 1,34,21,168.

According to reports, the Crime Branch of Jammu and Kashmir police have initiated an inquiry on the basis of communication by the General Administration Department, which had received a complaint from the Ministry of Minority Affairs.

The enquiry conducted has prima facie revealed that out of 474 beneficiaries of the merit-cum-means scholarship scheme, 463 were fake and an amount of Rs 1,34,21,168 had been credited into the “fake beneficiary” accounts of West Bengal.

“As many as 317 fake accounts were in the State Bank of India, 69 each in Bank of Baroda and United Bank of India, five in Allahabad Bank, two in Bangiya Grameen Vikas Bank, one account in the Central Bank of India as against 463 bank accounts of J&K mentioned in the application form of candidates who were shown to be residents of Qazigund Kulgam,” an officer of the Crime Branch said.

It is reported that during the enquiry it has surfaced that the fake applications were uploaded on the National Scholarship Portal through two electronic devices in the name of Shubankar Sarkar S and Salim Sheikh, residents of West Bengal, who seemingly had the access to the username and password for uploading the applications and thereby furnished the institutional verification.

The verification furnished by District Nodal officer Kulgam, the bank revalidation through CBS, by PMFS followed by digital signatures by Ministry Nodal officer and State Nodal officer has been instrumental in processing and release of payment to the 463 fake beneficiaries, the press release said.

“The omission and commission on part of the officers concerned, Shubankar Sarkar of West Bengal and Salim Sheikh of Bedrabad, Malda district, West Bengal, and others acting in deceitful and fraudulent manner by way of impersonation have caused wrongful loss to the exchequer and wrongful gain to beneficiaries. So they have prima facie committed offences punishable under Sections 420, 468, 120-B of the IPC, read with Section 66(D) of the IT Act and Section 5 (2) of the PC ACT,” the Crime Branch added.