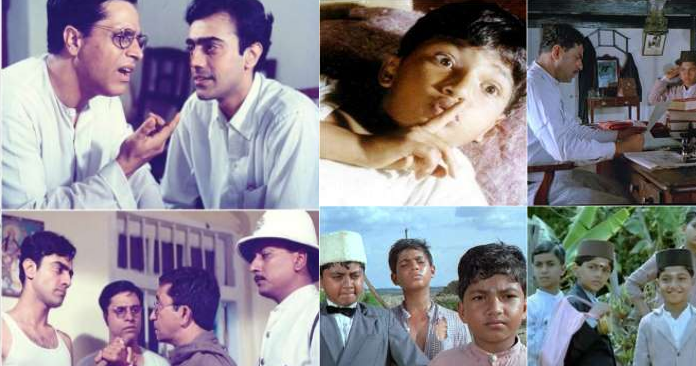 Indian television has witnessed a series of shows over the years. While some proved to be a dud, some went on to become super hit shows of all the time. There are some TV serials who are popularly known for their characters and they are still famous among the viewers. Not just the shows but these characters have given us a reason to be happy.

So, here are some of the famous legendary character of the Indian TV shows which audiences still remember:

1. Ratna Pathak Shah as Maya Sarabhai in Sarabhai Vs Sarabhai

The hot sitcom not just made us laugh but also gave us some of the memorable characters which we will always remember. Maya’s character which takes sophistication to another level became instantly famous among the viewers. Even after years, we can’t get over the show and the characters in it.

Mukesh Khanna who played the role of Shaktimaan became a legendary character and won hearts of not just the kids about also of the adults. He was definitely India’s answer to the Western superheroes for 90s kid. He won our hearts as Shaktiman and also as Gangadhar.

This character needs no introduction from kids to adults, everyone knows him and loves him. ACP Pradyuman has been the most adored character for the past so years. His famous dialogue “Kuch toh gadbad hai!” has been quite popular.

She is still considered as one of the most stylish vamps of the small screen. From her adaa to her dressing, Komolika’s character gained huge popularity among the viewers.

Mona Singh AKA Jassi had the biggest makeover on the Indian television. From flaunting a nerdy girl’s look to showing off her beauty after the terrific makeover, Mona’s character will always be remembered.

Every child who watched this show was fond of this character and wished to have the same powers like hers. Karishma’s character went on to be one of the iconic characters of the show.

She was the most stylish characters Indian television ever had. What made her character a memorable and interesting one was her beautiful sarees and long bindis.

8. Supriya Pathak as Hansa In Khichdi

Supriya Pathak’s character as Hansa is an all-time favourite among the fans. Her innocence and her overall persona of donning heavy sarees, jewellery and gajra is uncomparable.

He played Supriya Pathak AKA Hansa’s husband in the show. Both of them were shown extremely romantic. He was another sample whose comic timing and his way of explaining English words meaning to Hansa can make anyone go LOL.

10. Rajesh Mehta as Rosesh Sarabhai in Sarabhai Vs Sarabhai

The show had every character quite different from each other and everyone managed to create their own charm. Roshesh Sarabhai was a momma’s boy who won hearts with his poetry and amazing voice which is definitely remembered by many even in today’s time.

13. Keshav Kulkarni aka Keshu or Keku from “Shrimaan Shrimati”

20. W.S.Swaminathan aka Swami from “Malgudi Days”

So, these were some of the best and iconic characters of the small screen. Did we miss any? Do let us know about your favourite TV characters.

Stay tuned to read more about Bollywood and Television gossips and facts!