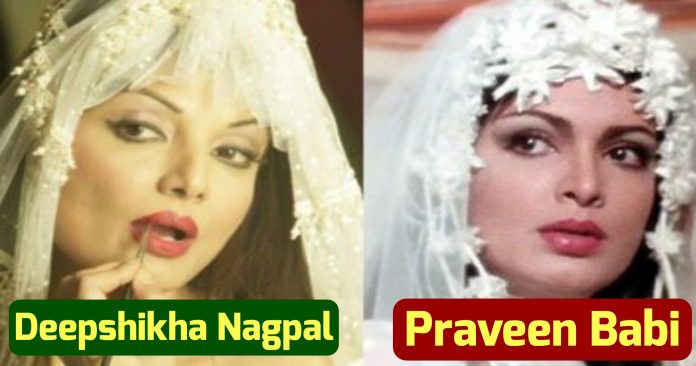 People say there are 7 people in the world who have an identical face like yours. A few of them can find their identical face, but most of them never crossed each other’s path.

But in the world with everyone having an internet connection, it is pretty easy to find the identical twin.

Here, we enlist some TV actors who look like a copy of Bollywood celebrities. The Internet has shown us copies of Shah Rukh Khan, Salman Khan, and Amitabh Bachchan.

However, we have enlisted some TV celebs whose face is very similar to the film celeb, and some of them are so identical that they are not easy to identify.

These TV celebrities are lookalike of these Bollywood actors and actresses, despite the fact that these TV celebs are pretty popular among fans and don’t need any introduction and recognition.

Some of them are also featured in Bollywood movies. But we are here talking about TV celebs and their lookalike who are more famous in the Bollywood Industry.

Everyone knows about the famous villain of the TV industry Deepshikha Nagpal, who is very charming still at this age. She has been on the part of Shah Rukh Khan and Madhuri Dixit starrer movie Koyla.

Later on, she has been very consistent in Bollywood by playing major and minor roles. However, she continued to be a big part of the TV industry essaying the role of villains.

You can check her pictures and compare it to the famous actress Parveen Bobby to look for similarities.

Paraag Chaddha is the popular Indian Model and TV actor who has been the part of hit TV serial Jamai Raja. He has also gain youth fan following by appearing in the season 3 of MTV splitsvilla.

His face is very similar to the actor Zayed Khan. Zayed Khan has been in films like Mai Hoon Naa, Dus, and Mission Instanbul.

Virushka Mehta is a lookalike of Bollywood Sensation Tamanna Bhatiya

Viruskha Mehta had gained a fair share of popularity from the TV serial Dil Dosti Dance, and she is also a professional dancer. She has played the impactful character of Shairan Rai Prakash in this TV serial, and gain a huge fan following.

However, her face is very familiar to the industry as she resembles the looks of Tamanna Bhatiya who is a very popular actress of Bollywood and Tollywood.

Tamanna and Virushka both are very active on social media with their work profiles.

Jaskaran Singh Gandhi is a lookalike of Uday Chopra

Jaskaran Singh Gandhi is a popular face of the TV industry as he appears in many TV serials along with the hit TV serial Mile Jab Hum Tum.

He has been a part of various celeb reality shows throughout the time. However, he resembles the looks of Bollywood actor and producer Uday Chopra.

Uday Chopra is the part of Dhoom series and owns the famous Yashraj Banner.

Gautam Rode has gained a huge fan following among female fans for his cute looks during his way from the TV industry to Bollywood.

He shines in the Bollywood with film Aksar 2 opposite Zarine Khan, and apart from that, he has featured in many music videos.

His face is an exact copy of Pakistani actor Fawad Khan. Fawad Khan has gained an international fan following with his impactful roles in movies like Kapoor and sons and Khoobsurat.

Take a look at Dimpy’s career with the entertainment industry. She has appeared in the show Rahul ki Dulhaniya and marry Rahul Mahajan. She got the chance to appear in a few TV shows.

After that, the couple stays together for a couple of years until Dimpy accused Rahul Mahajan of domestic violence.

The couple gets separated from the legal procedure and Dimpy got married again and now she is living her private life peacefully.

Dimpy has been the part of hit reality show Bigg Boss in its 8th season. However, apart from her controversial TV career, she has been famous for one more reason that her face resembles the popular actress of ’60s, named Sharmila Tagore.