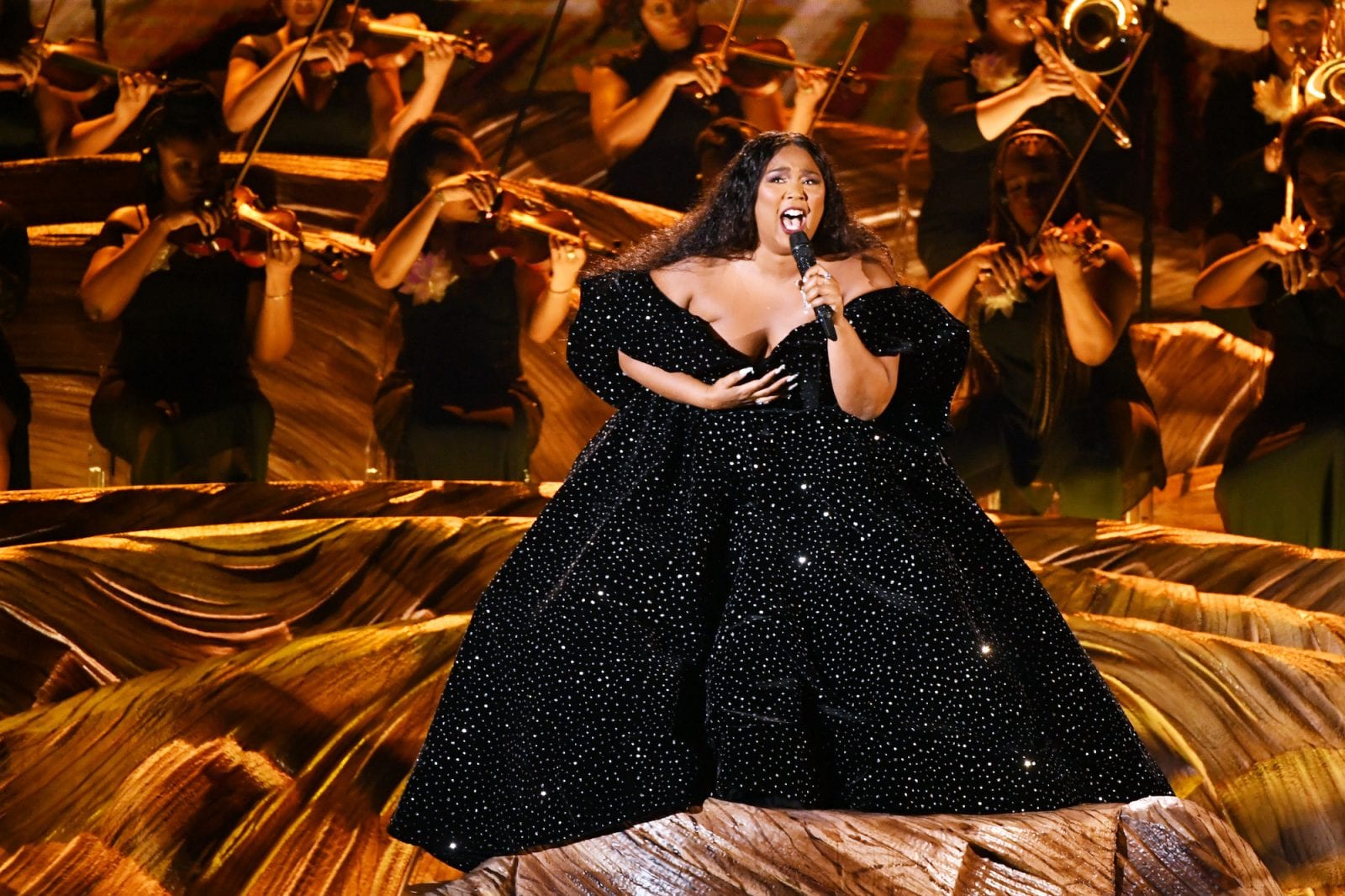 Lizzo opened the 62nd Annual Grammy Awards dedicating her performance to Kobe Bryant. At the top she shouted, “This is for Kobe” and launched right into a soulful performance of “Cuz I Love You.” She looked gorgeous in a beautiful black sparkling off the shoulder gown. The dress was almost as dazzling as her performance. She magnificently belted out notes showcasing her artistry.

A performance by Lizzo would not be complete without a flute performance. She did not disappoint! She played her flute in a way that makes me look at flutes differently! Lizzo holds so much talent inside of her.

She ended her performance by shouting, “Welcome to the Grammys b*tch” which seems like a very Lizzo thing to do. She is always so funny and genuine.

Lizzo won the first award of the night for pop solo artist for “Truth Hurts.” She seemed genuinely surprised to have won and beat out her fellow nominees Beyonce, Billie Eilish, Ariana Grande and Taylor Swift.

Back in her black sparkly gown, Lizzo made a heartfelt speech. She thanked everyone and talked about how today, in light of Kobe Bryant’s sudden passing, reminded that her problems are not as big as she makes them.

Lizzo realized how grateful she is for each passing moment. The singer also talked about the important for reaching out and lifting reaching up.

Related: The House That Mamba Built: Kobe Bryant, More Than An Athlete

In addition to best pop solo artist, she brought home two other Grammys. Lizzo won Best Urban Contemporary Artist for “Cuz I Love You” and Traditional R&B Performance for “Jerome.”

Lizzo jammed out with Aerosmith frontman, Steven Tyler, who walked into the audience long enough for Lizzo to shout “livin on the edge.” She looked like she was having so much fun watching Aerosmith and Run DMC perform.

Keys, joined by Boyz II Men, sang it’s so hard to say goodbye. Keys talked about how in hard times like these, it is important to have music to unite us.

Later, Keys stated that, “music is the language we can all speak.”

Music is the language that Lizzo helps everyone to speak. Her music appeals to a broad audience.

“Truth Hurts” released in 2017 only gained hit status last year after being featured in a Netflix movie. Her music fought against the odds to become successful because of how amazing it is.

Throughout her rise to fame, Lizzo has remained humble and hard working. Her accolades are well deserved. It will be exciting to see what the hip-hop/rap artist has in store for 2020 and beyond.