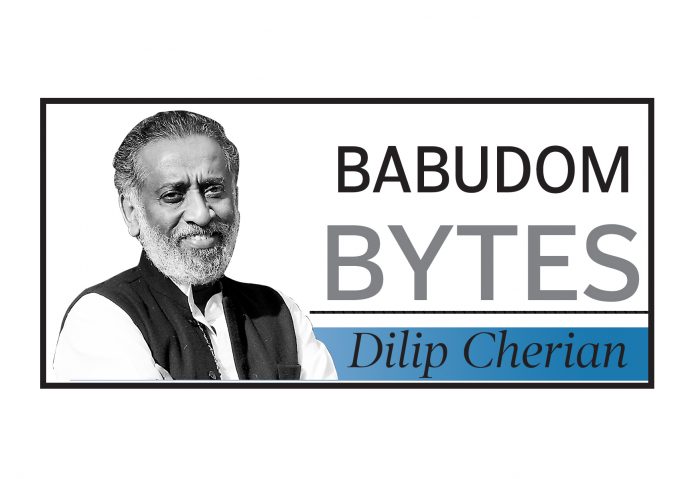 The Modi sarkar is likely to cut down on foreign training of bureaucrats under the Domestic Funding of Foreign Training (DFFT) policy due to the rising cost of sending babus abroad. In 2018-19, the government spent Rs 60 crore to train 332 bureaucrats, which is more than half the annual training budget of the Department of Personnel and Training (DoPT).

Under the policy, babus go to top global universities such as Cambridge and Harvard, among others, for long and short-term courses at the government’s expense.

Now the DoPT has written to all cadre authorities stating that the DFFT policy will be overhauled, with emphasis on integrated training, getting reputed foreign trainers to India, training lessons through video conferencing and sending fewer babus for foreign training and then getting them to retrain officers in India. Clearly, ‘austerity’ measures such as this indicate that we are in for a spell of belt-tightening in the Modi sarkar.

By inviting applications for the next Securities and Exchange Board of India (SEBI) chief, the Finance Ministry has quelled rumours that Ajay Tyagi would be given two years’ extension. Tyagi’s three-year term ends this month.

Tyagi is a 1984-batch IAS officer of the Himachal Pradesh cadre and was widely expected to get an extension. His predecessor UK Sinha had been given a three-year extension, which made him the second longest-serving SEBI chief. While appointing Tyagi in 2017, the government issued the notification twice. Initially, Tyagi who was Additional Secretary in the Department of Economic Affairs was appointed SEBI chief for a period not exceeding five years or till the age of 65 years, whichever was earlier. Subsequently, another notification was issued curtailing Tyagi’s appointment to three years.

Sources point out that with age on his side, Tyagi can reapply for the job, but it would be considered as a fresh appointment and not an extension.

Officials in Jammu & Kashmir Police are upset with Lt Governor GC Murmu’s recent decision to give sweeping powers on security-related matters to his newly appointed advisor RR Bhatnagar. More pertinently, the ire is over the controversial move to give Bhatnagar power over the transfer of officials from the rank of station house officers (SHO), and deployment of paramilitary forces and armed units of the state police force.

Sources say Bhatnagar will work in consultation with K Vijay Kumar, senior security advisor in the Home Ministry. Interestingly, Kumar a 1975-batch Tamil Nadu IPS officer moved to Delhi since he was allegedly reluctant to serve under Murmu, who is 10 years junior to him. Bhatnagar is a former Director-General of CRPF but hasn’t served in Jammu and Kashmir. Many senior cops say that despite his experience with heading the CRPF, Bhatnagar has no experience in a counter-terrorism operation in the Union Territory.

Further, it is believed that one reason the government decided to give Kumar sweeping powers was the “performance deficit” of senior police officers after the abrogation of Article 370. Another could be that the Centre wants to remain in charge when it comes to dealing with security matters in J&K.