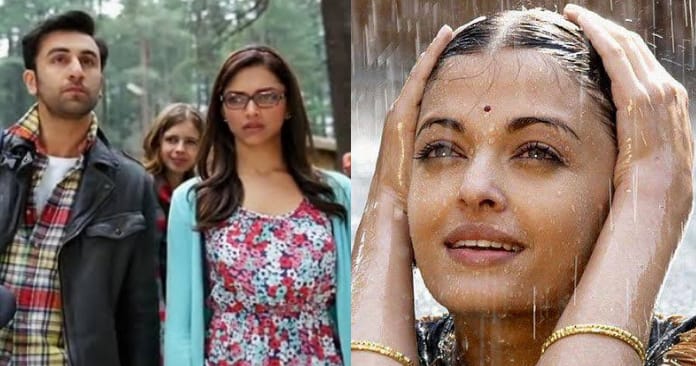 Films are considered the mirror to society as it helps us see the beautifulness of life with its soul-satisfying scenes, and sometimes crushed our souls as well by showing the true horror of the society.

The director is always making an effort to make his/her film satisfying by giving beautiful locations. Little they know that they are harming the location unintentionally.

These beautiful locations are not the same as they used to be before. These tourists’ attractions are not rushed with heavy tourists, dirty, and much crowded.

These places used to be peaceful before until people saw their favorite stars enjoying these beautiful locations.

You must have seen 3 Idiot starring Aamir Khan. This is one of the best movies ever made in Bollywood. However, you can’t make such a good movie without losing anything.

This movie has ruined the beauty of blue water Pangong Lake in Ladakh by making its busiest tourist attraction.

Surely, makers have no idea that the scene made this
location so iconic that it became a tourist spot. And people will go crazy to
recreate the scene now and then.

However, this is not the first time, Aamir Khan’s presence
made some location victim of heavy tourism. The next point is also from his
movie.

The location of Chapora fort came into the eyes of tourists because of the movie ‘Dil Chahta Hai’. People took it very seriously, and the trio of friends often came to goa to visit this fort.

Unintentionally, the fort became a tourist attraction and now the place is almost ruined due to heavy tourism.

There is nothing special about this waterfall, and you have to purchase the train ticket as well to see this waterfall. However, the popularity of Shah Rukh Khan has made this location quite popular among tourists.

It can be seen easily that the Doodhsagar waterfall is not ready for such heavy tourism and the beauty of the place is ruining day by day.

Maniratnam is one of the famous directors in the South Industry, and he loves to shoot his movies with the background of Adhirapalli waterfall.

He has shot two movies in the same location as Adhirapalli waterfall, Ravan and Guru. Both the films are critically masterpiece in Maniratnam’s filmography.

One trivia is that the ‘Barso re Megha Megha’ song was the talk of the town as well as the location. Now everybody wants to get clicked in that same location.

After that, S.S. Rajamouli also shot his iconic Bahubali moment in the background of the same location. Their movies became a huge hit but it has ruined the beauty of this heaven.

This place was always a tourist attraction but after the shooting spot, it is always crowded with people.

The tourist spot in Himachal, Hidimba Devi temple became quite popular after the shoots of Ranbir Kapoor and Deepika Padukone starring Yeh Jawaani Hai Deewani. People love to visit the temple and get clicked in front of this Hidimba Devi temple.

Some people even used the movie name to describe the temple.
However, now it is one of the best tourist attractions in Manali and the beauty
of the temple is getting ruined day by day.

This post is not made to demotivate movie directors. It is just to remind them that the way they see and choose the location of the movie sometimes won’t go well with the mindset of the audience.

Even you hate the crowd of 500 people every day outside your house. In the long term, these things are irritating.

People who lived in those places might feel the same as we have certainly ruined their houses in the name of tourism. We overcrowd those places, make those places dirty with plastic and dirt.

We create a source of income for those people but we are losing the natural beauty as well.

What do you think about these tourists’ spots getting
popularity because of films? Who is responsible for this, filmmakers or fans?