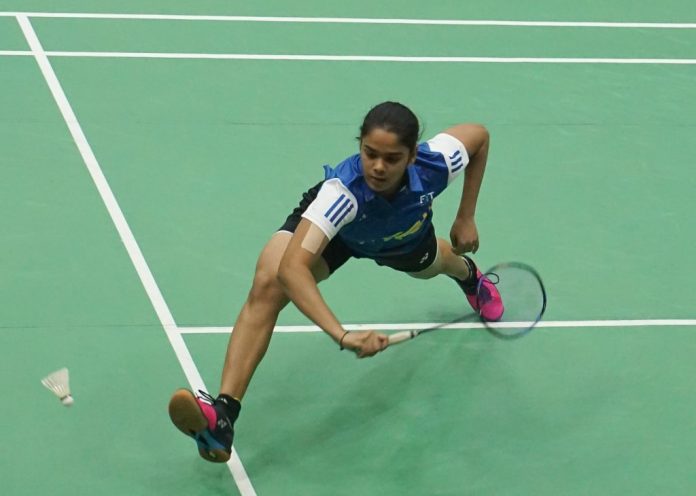 Bhubaneshwar: Young Odisha shuttler Rutaparna Panda had a tough outing Sunday as she lost her women’s doubles match of the inaugural Khelo India University Games against the pair of Punjab University, Chandigarh at the Jawaharlal Nehru Indoor Stadium in Cuttack.

Representing KIIT, Rutaparna, along with her partner Krithika Bhattacharyya, lost to Akanshi Baliyan and Daman Raj Kumar 12-21, 15-21 in the women’s category. It drew curtains on KIIT’s encounter with Punjab University.

SV Nikitha was the toast of Jain University, winning the women’s 400m Freestyle gold with nearly five minutes to spare and then anchoring the 4x200m Freestyle relay team to a handsome victory over Delhi University and University of Mumbai.

At the fencing arena, left-handed Riya Bakshi stayed focused through her Foil final against the gritty Kajal of Panjab University, Chandigarh.

Tushar Raosaheb Aheer (Dr. BR Ambedkar Marathwada University, Aurangabad) rallied to beat Tariq Hussain (Guru Nanak Dev University, Amritsar) 15-14 after a duel in which it was apparent that his rival was hampered by a ligament tear suffered earlier. Tushar Aheer also had a hand in the team’s gold later in the day.

The duellists were locked in a close battle much of the time until Linthoi Haobam capitalised on a sharp chance to inch close to victory. But pint-sized Jyotika Dutta stayed calm and managed successive touches to edge home the winner.

There was heartbreak for the top-ranked women Compound archer Muskan Kirar at the Kalinga Institute of Social Sciences. She was in top form through the ranking round Saturday and in the first two rounds on Sunday and looked good to win the quarterfinal against University of Rajasthan’s Kritika Sharma before missing an arrow and bowing out 136-144.

Kritika Sharma did not waste the opportunity and went on to scalp Babita Kumari (Ranchi University) 144-140 in the semifinals. She will meet Muskan Kirar’s Rani Durgawati Vishwavidyala’s teammate Raginee Marko for the gold medal on Tuesday. Raginee survived a tense quarterfinal against Sakshi Vaidwan (Lovely Professional University), winning 138-136.

The top-ranked Sangampreet Singh Bisla, breezed into the men’s final, overcoming the first serious challenge by his Punjabi University teammate Sukhminder Singh with a 147-145 win in the semifinals.

Here’s Everything Launching On Quibi This April

Wimbledon will be cancelled this week, claims German tennis official