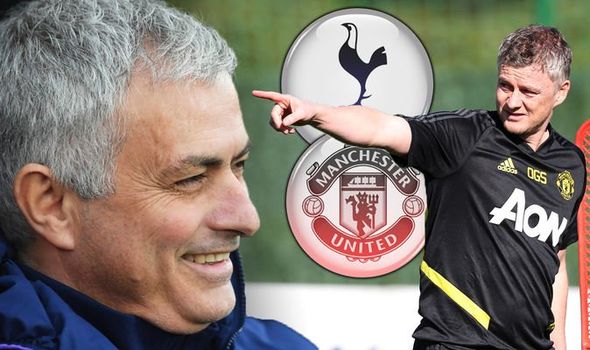 Tottenham manager Jose Mourinho is planning on launching a summer swoop for Manchester United goalkeeper Dean Henderson but faces stiff competition from top teams across Europe for the youngster.

Henderson is on a season-long loan at Sheffield United and has had an impressive season for the Blades.

He has kept nine clean sheets this season, a feat only equalled by Burnley’s Nick Pope and Liverpool’s Alisson.

However, Mourinho isn’t alone in showing interest in Henderson, as according to the Daily Mail, Chelsea, Sheffield United and Paris Saint-Germain are also interested in the young goalkeeper.

The outstanding form of Henderson this season leaves United with a bit of a dilemma.

The keepers’ current contract keeps him at Old Trafford until 2022, but the England Under-21 international has no intention of sitting on the bench as a back-up to David de Gea.

His form this season actually has him in contention to be included in Gareth Southgate’s England squad for this summer’s European Championship, following the inconsistent form of Everton’s Jordan Pickford.

PSG currently have 33-year-old Keylor Navas as their number one.

But the Ligue 1 champions are considering a rebuild this summer with a focus on younger players and have Henderson as a transfer target.

Meanwhile, Kepa Arrizabalaga’s future at Chelsea is in doubt after boss Frank Lampard publicly criticised the young keeper, as he insisted the Spaniard’s mistakes had cost the Blues dearly this season.

Blades boss Chris Wilder also wants to keep Henderson at Bramall Lane for another season, but he might struggle to convince the keeper to stay in Sheffield if Henderson is offered first-team football by Tottenham, PSG and Chelsea.

The Red Devils are keeping a close eye on Henderson’s progress with 13 games left in the league this season. 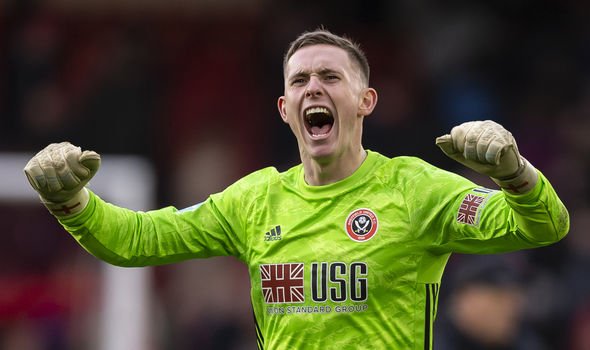 And United goalkeeper coach Richard Hartis insisted the club are pleased with the keeper’s progress under Wilder’s guidance.

“Yeah I have been to see Dean a few times, along with the rest of the staff at the club,” he told the club’s official website.

“We keep regular tabs on him and we go to watch him regularly.

“I happened to see him play against Liverpool at Anfield.

“So I am really, really pleased with how Dean is progressing.

“It is a big jump to go from the Championship to the Premier League, but he has shown that he can cope with that level of football at Sheffield United.

“He is an exciting prospect for us, moving forward as a club, so we are delighted to have him as our goalkeeping pool really.”