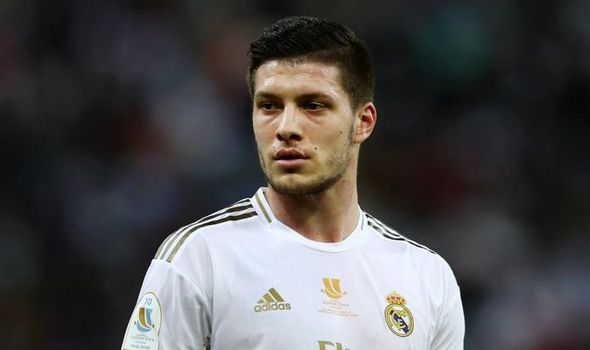 Tottenham and Chelsea will be offered the chance to sign Real Madrid outcast Luka Jovic during the summer transfer window, after the £50million striker angered Madrid chiefs by flying back to Serbia despite the club being on lockdown. That’s according to a report in the Daily Star.

Madrid players and staff members were placed in quarantine after it emerged that a member of the club’s basketball team had tested positive for coronavirus.

The La Liga season was suspended, and players were expected to stay at home for the forseeable future as a result.

However, Jovic opted to ignore the strict instructions, and flew home to Serbia.

He reportedly had permission from Madrid officials to fly back to the country, but angered them by ignoring Serbia’s rules on people returning from affected areas.

Jovic left his apartment to go to his chemist, enraging Serbian government officials.

The striker was even told by Serbian president Aleksandar Vucic that if he did it again, he would face tough action.

He said: “If he leaves his apartment he’ll be arrested.

“I think he regrets what he’s done, but I’ll make it clear to him that the lives of our people are more important than his millions.”

As a result of the controversy, Madrid are reportedly ready to cut their losses on the striker, who they forked out £55m for last summer.

Jovic has been disappointing since joining Zinedine Zidane’s side, having scored just two goals in 15 La Liga games this season.

And despite only being at the club for a year, Madrid appear to be ready to make the cut-throat decision to allow him to leave.

That puts Tottenham and Chelsea on red alert, as both clubs were believed to be watching him before he left Eintracht Frankfurt for Madrid. 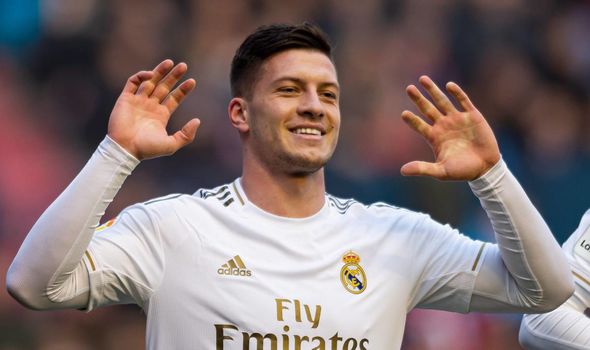 Spurs are expected to sign a striker during the summer transfer window, as they were left short by injuries suffered by Harry Kane and Heung-Min Son in recent months.

Jose Mourinho’s side is in desperate need of attacking reinforcements, and Jovic would be the perfect player to bring in if he becomes available.

For Chelsea, their main focus ahead of the window appears to be £120m-rated Jadon Sancho, who they are in hot pursuit of.

The Borussia Dortmund teenager has garnered interest from Stamford Bridge and Old Trafford, with Manchester United ready to rival any bids.