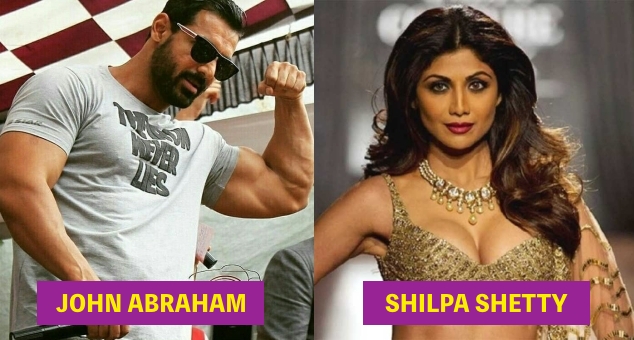 We’ve all grown up watching Bollywood movies, idolising our movie stars and believing that this industry is a parallel universe, light years away from the common man.

Like most children in India, kids from film families too end up taking up the profession of their parents, but that doesn’t mean that Bollywood is allergic to ‘outsiders’. In fact, there have been success stories in the film industry of people who have made it large with hard work and perseverance, without any backing or connection in the industry.

Here’s how these 20 actors got their first break in Bollywood and went from being outsider to a superstar:

Daughter of the famous Badminton player Prakash Padukone, this Bangalorean bombshell has won many hearts. With the genes that she carries, Deepika Padukone went to playing Badminton at a National Level, before she stepped into modeling. And as her career unfolded, her cards favored her making her as the main protagonist opposite SRK in ‘Om Shanti Om’. And then there was no looking back forth that.

She may now be a member of the Bachchan household after marrying Abhishek Bachchan, but Aishwarya Rai Bachchan began her career as a model. After winning the 1994 Miss World pageant, offers started pouring in for the light-eyed beauty and now, she has established herself as one of the most influential celebrities in India and across the globe.

Hailing from a small town in Himachal Pradesh, Kangana’s Bollywood story is absolutely terrific. She  began her career with Anurag Basu’s Gangster which was produced by Mahesh Bhatt and gradually, with each performance, established herself as a superstar in the industry. More power to her!

A kid with an army family background, who pursued her higher studies in the US and wanted to become a software engineer or a criminal psychologist, turned tables when her mother signed her for Femina Miss India contest. Winning the pageant aided her in making her what she is today in the Bollywood industry and now in Hollywood too.

The actor who tops the struggle and is an inspiration of many is our very own King Khan. To make it as big as him in the brutal world of tinsel town, not only do you need luck but also talent, confidence and skill. His father was an Indian independence activist based out of Peshawar, and as we know that he hailed from a humble family background, his debut was a TV show called ‘Fauji’. He made his Bollywood debut with ‘Deewana’ (1992) and won the Filmfare Award for the best debutant. The actor also has his own production house, Red Chillies. The rest is history.

She is one of the strongest and finest actresses in the industry today. But it was after facing many difficulties that she made her place. Vidya played Radhika in the famous comedy series Hum Paanch. She then started with Malayali movies, but after successive failures shifted to Tamil films. When the story repeated there, she made her debut in Bollywood with ‘Parineeta’ (2005) and is the only Bollywood actress who made her hat-trick in Filmfare.

A typical Delhi boy, who started his career as a model later assisted Karan Johar. Smart move Sid! He shot to fame overnight with Karan Johar’s ‘Student Of The Year’. He just doesn’t have talent but luck is something that really favored Siddharth.

His fine acting skills have left all of us astounded. Another good-looking actor from a theater background who graduated from FTI and shot to fame with his mesmerizing screen presence in ‘Shahid’. He later starred as the leading man in the hit film Queen.

Now who doesn’t know about this man who has not just inspired many of us, but has proved himself in the best possible way in Bollywood. Born in a small town of Muzaffarnagar district in Uttar Pradesh from a Muslim family, where his late father was a farmer, Siddiqui grew up amongst nine siblings, seven brothers and two sisters. Worked as a chemist in his city before moving to Delhi and then to Mumbai where he lived and struggled way too much, till he finally won critical acclaim for his preformances in films like ‘Black Friday’ and ‘Patang’.

Shilpa Shetty’s parents are both entrepreneurs in the pharmaceutical industry, with no connections in Bollywood. The actress started her career as a model, and soon got her first break in the movie Baazigar. Today, Shilpa is a successful entrepreneur herself, just like her parents.

Do we ever manage to find such good looking men doing theater plays? Well, that’s a rare scenario, isn’t it? But surprisingly, Randeep Hooda who got his degree from Melbourne and went on to work in marketing for an airline switched to modelling and doing some theater work. His debut was one of Mira Nair’s finest works, Monsoon Wedding and then later on ‘Once Upon a Time in Mumbaai’ made him a star eventually.

Sushmita Sen started off by winning the title of Femina Miss India as a teenager. In 1994, she brought home the prestigious Miss Universe title.  She debuted in Bollywood with “Dasktak” in 1996.

She was an industry outsider but managed to make her debut in none other than a Yash Raj film opposite Shah Rukh Khan. And then, there was no looking back. She’s now a successful producer and along with husband Virat Kohli is one half of India’s leading power couple.

Crowned as Miss India in 1984, this Punjabi girl rose to fame with the release of ‘Qayamat se qayamat tak’ and since then she has given multiple hit movies.

Her first film “Ajnabee” in 2001 landed her the Best Female Debut Award. The Bengali beauty was a name in the modelling world before she stepped into Bollywood. She wanted to become a medical professional and then a CA but destiny chose acting for her.

Another army kid, who hails from Amritsar later moving to Delhi & Mumbai. Once he earned a black belt in Taekwondo, he shifted to Bangkok to learn & pursue Muay Thai, while working as a waiter. Due to financial reasons he ended up doing a few modeling assignments but destiny had something big for him when he signed his debut flick “Deedar”.

Arjun Rampal was a famous supermodel before he became an actor. He made his Bollywood debut with “Pyaar Ishq Aur Mohabbat” in 2001 and has starred in several films since.

She also belongs to a non filmy background. Her father was an ex-Indian Army officer. Singh began her career as a model before making the transition to the silver screen.

Talk about versatile and natural acting, Boman Irani is the first person I can think of in Bollywood. Ask him to do any role and he would just do it with absolute ease. After he got done with hsi degree in Polytechnic, Boman Irani worked as a waiter at the Taj . He went on to run a bakery with his mother and then took up a career in photography till he finally hit the big bucks as a brilliant comic actor.