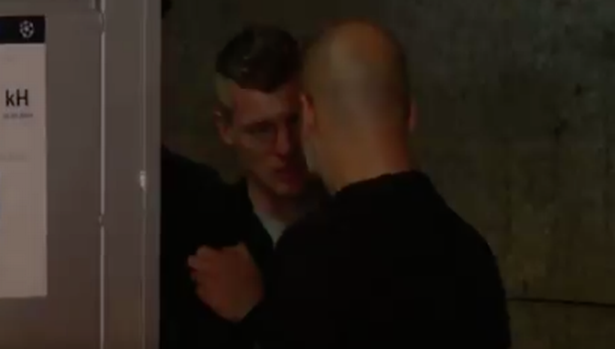 Toni Kroos sent Manchester City fans into meltdown after he was spotted chatting to Pep Guardiola.

The Citizens left Champions League viewers in shock with a 2-1 comeback win against Real Madrid.

Gabriel Jesus and Kevin de Bruyne’s goals saw the Premier League champions become the first English side to win at the Bernabeu in Europe for 11 years.

Guardiola is looking for his first European title since 2013 with Madrid’s rivals Barcelona.

In three seasons at the Etihad, the Spaniard has reached two quarter-finals and a round-of-16.

He was more successful with Bayern Munich, though, heading to the semi-finals.

The first campaign with the German side saw Guardiola work with Kroos, who was on the bench for Real on Wednesday.

And footage has emerged of the pair having a reunion at the Bernabeu.

The German midfielder can be seen discussing something intensely with the City boss.

The footage was shared on Twitter by beIN SPORTS, where it has been viewed thousands of times.

And City fans made their feelings about the Madrid star clear.

“Bring him in Pep,” one supporter said. 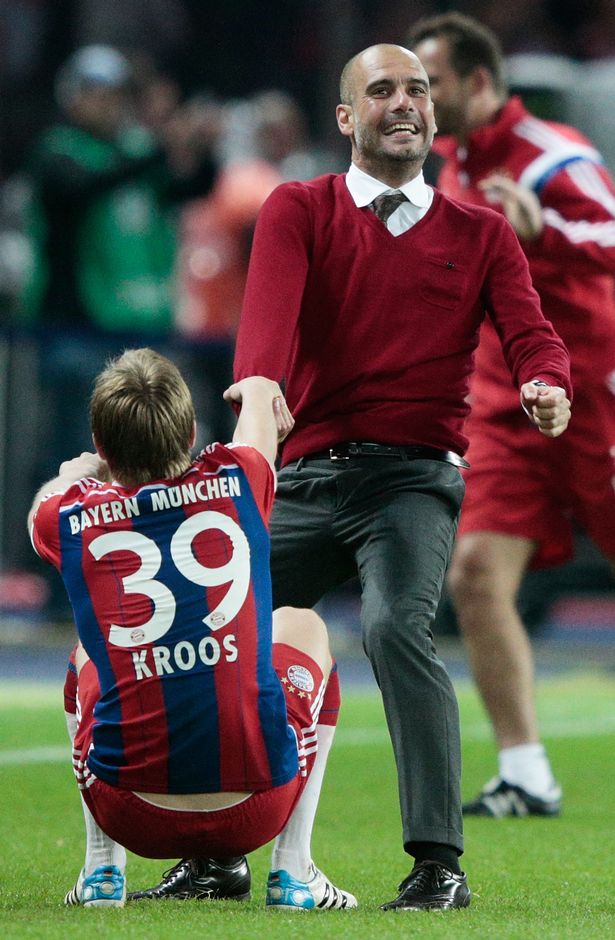 Another commented: “Come to City, Kroos.”

While a third added “Poaching.”

City would not be able to offer the German Champions League football, though, after their UEFA ban. 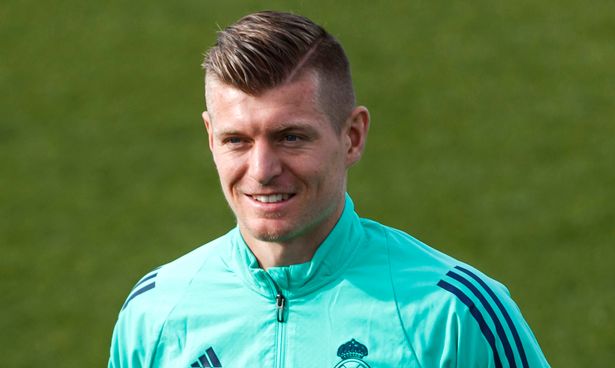 With another writing: “Hey, Toni, would you mind playing in League Two next year?”

While Kroos’ team-mate Casemiro fired a warning to the Citizens despite losing. 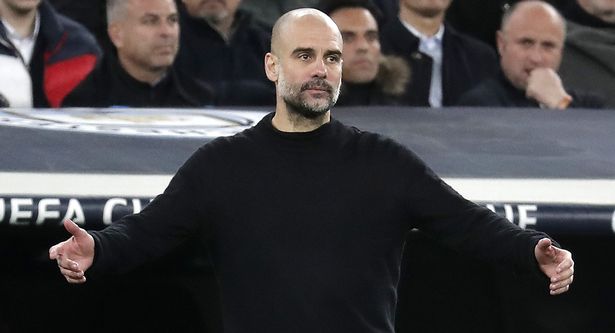 He said: ”The tie isn’t finished with this result. We played 75 spectacular minutes against a great team.

“Then in just 15 minutes we didn’t do any of what he should have done. That’s why they fought back and cancelled out our lead. We’ve got a lot of work ahead of us now.

“But if there’s any team capable of overcoming this deficit in the second leg it’s Real Madrid.”