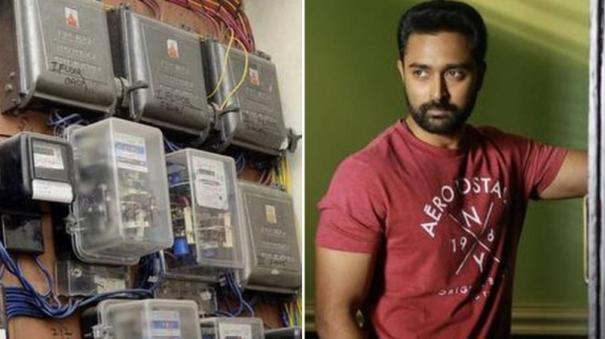 Following this tweet from Prasanna, many on the social network started posting that the bill was too much for our home. The Electricity Board has subsequently clarified the matter.

In addition, the Tamil Nadu Electricity Board has issued a separate statement explaining actor Prasanna’s tweet. In it they stated: “In Tamil Nadu, low-cost electricity consumers, including household appliances, are being surveyed every two months and the electricity bill is being charged.

Since the curfew has been announced due to the prevailing coronavirus, it is being asked to pay the amount paid by the electricians for the previous month without the power calculation being carried out in March and April due to the safety of the electricity consumers and the employee. The amount will be adjusted in the next month’s survey, the release said.

But with the increase in household electricity during the curfew period, the media coverage of the electricity survey is incorrect and the unit is not deducting the unit from the previous month’s charges. Actor Prasanna Eevariyam has made the false news that the curfew has been completed as an electrical survey.

Once every two months, the calculation is being carried out in the usual practical survey method.

Therefore, when the electricity bill is calculated by the Electricity Board, the four-month power consumption is divided into two-month power consumption and the electric charge is calculated in the Bi-monthly Slab and the amount of electricity is paid after the previous month’s deductions. Without considering this, the news that the amount is only deducted from the previous month’s unit is false. If the public has any doubts about their computations, they can contact the concerned Divisional Secretariat and resolve their doubts. And the method of calculation is also available on the Tamil Nadu Electricity Board’s website www.tangedco.gov.in