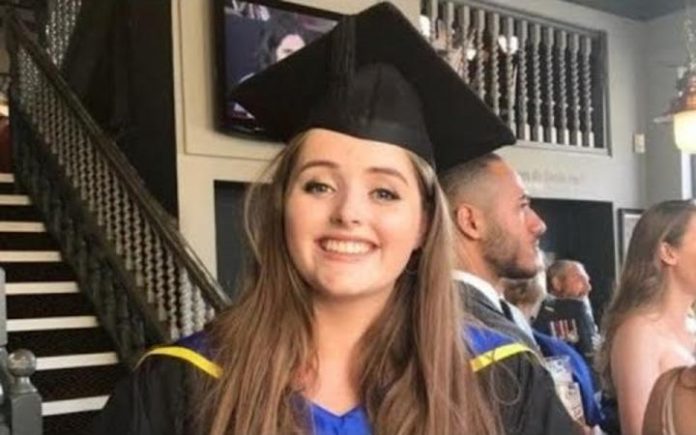 A New Zealand man has been sentenced to life term today for killing a 22-year-old British girl, whom he met through the online dating app Tinder, reports Guardian.

According to the reports, the 28-year-old convict was given a non-parole sentence of 17 years for the murder of British student Grace Millane in December 2018. Grace Millane’s body was found buried in the bushlands outside Auckland, New Zealand, a week after her murder.

Millane had gone missing on the eve of her 22nd birthday, a few days after arriving in Auckland, New Zealand while on a year-long round-the-world trip after graduating from university.

She had met her killer for the first time on the evening of her death through the Tinder app and the pair went back to his city-centre apartment after visiting several bars.

The accused confessed that he had taken Millane back to his hotel room on the night of 1 December after a Tinder date. He had claimed that they had engaged in ‘rough sex’, trying to shift the blame on the victim. He had claimed that it was Millane who had insisted on the sexual acts and had met her end accidentally.

The lead prosecutor in the case had contradicted the murderer’s claims. “Strangling someone for five to 10 minutes until they die is not rough sex”, he had told media during the trials.

The prosecutors said post-mortem examinations found bruises “consistent with restraint” on the victim’s body, and that she had been strangled. The court had heard that the defendant was not distressed or concerned by her death and instead had made plans to dispose of her remains.

Shockingly, he had “sexualised” the murder by searching for pornography, stopping at one point to take lewd photos of her corpse, prosecutors said. As per reports, the murderer had watched pornography, taken pictures of Millanes corpse and had gone back on Tiner to find a date for the next day.

The convict had also searched on the internet for ways to dispose of a body.

As per a report in Hindustan Times, sentencing the convict, Judge Simon Moore has ruled that the man’s name cannot be published and also suppressed the reasons why he continued to enjoy anonymity, despite his murder conviction.

The identity of the convict cannot be disclosed following the court suppression order that bars media from naming and picturing him. The purpose in New Zealand courts is to protect people not yet proven guilty – but also to have a fairer trial by ensuring the jury is not prejudiced by media coverage.

A life sentence in New Zealand carries a minimum 10-year prison term but Moore imposed 17 years, saying he saw no factors that would justify reducing the penalty.

The trial for Grace Millane’s murder had seen a lot of media coverage, especially for the defence’s relentless attempts to tarnish Millane’s image by trying to trivialise aspects of her personal life and choices. New Zealand PM Jacinda Ardern had even apologised to Millane’s family.

The anti-violence campaigner Louise Nicholas said the defence should not be allowed to put victims on trial. “They have to challenge the evidence, I get that, it’s their job, but they don’t have to do it in such a brutal way,” she told TV3 Friday.