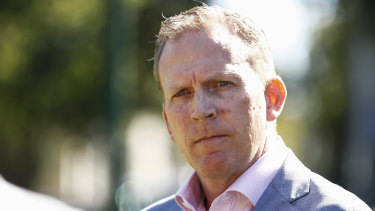 Cricket Australia is confident it has avoided the financial carnage that the coronavirus pandemic has inflicted on rival sports – for now.

As the nation’s major football codes and their clubs lay off or stand down staff, CA chief Kevin Roberts has told employees during his online briefings the governing body believes it can absorb the impact from the economic downturn for this financial year.

Cricket’s contracting period is set to continue as per usual with the announcement of the male central deals tipped to take place next week, if not on schedule then marginally ahead.

Head selector Trevor Hohns is involved in the contracting but is due to come out of contract at the end of the month. A source close to Hohns said he was keen to continue in the role while a cricket insider says they have not received any indication the selector was being moved on.

The women’s selection panel convened via teleconference on Tuesday to discuss its list leading into next year’s World Cup in New Zealand.

Cuts to cricket at this stage will be nowhere near as drastic as those in other sports.

Player camps for the national women’s and men’s sides could be in doubt while states may not be able to send players to the National Cricket Centre in Brisbane as Queensland closes its borders from midnight on Wednesday.

CA staff, who have worked from home since the Jolimont office was closed, have been told to take an extra week of leave on top of the week they usually take at the end of every domestic season.

A planned move out of CA’s Jolimont base to offices in nearby Richmond is under review, while less than a handful of jobs that had been advertised have been frozen.

National women’s coach Matthew Mott said his team had been “incredibly lucky” the shutdown did not affect the T20 World Cup final, which Australia won in front of a crowd of 86,174 just over two weeks ago.

Mott said he was told by senior CA management they expected to be able to cope with the hit.

“In the short- to medium-term we’ve been assured that we’ve got enough equity and agility within the business to absorb it and we just need to be smart and pretty clinical about how we prepare and get our players ready,” Mott said.