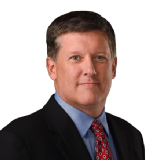 LOS ANGELES — Tiger Woods produced the kind of start that has been so often lacking in his rounds at Riviera Country Club over the years.

He just couldn’t quite sustain it.

After eagling his opening hole and making two more birdies over the first nine holes to shoot 31, Woods cooled off in the first round of the Genesis Invitational and settled for a score of 69 on Thursday.

It was a disappointing back nine after so much good over the first nine holes.

Woods noted that he had not practiced on site much this week, especially on the driving range.

“I was trying to piece it together on the range and I did a good job of figuring out how to make solid contact and get the ball heading in the right direction and was able to get off to a quick start there with a quick 3,” he said. “A lot of good shots on the front nine. The ones I did miss today were generally left and obviously didn’t hit ’em right.”

During his red-hot front nine, Woods had a couple of Kobe Bryant-related moments in his first full event since Bryant’s death last month in a helicopter crash. The first was his eagle putt on the par-5 opening hole, which measured at 24 feet, 8 inches (Bryant’s numbers).

Then on the eighth hole, which has a Kobe-colored 8 flag this week at Riviera, he paid tribute to Bryant by doing a basketball-like throw of his ball back to his caddie after making birdie.

“It’s ironic, isn’t it? It was a nice way to start,” said Woods, who was good friends with Bryant. “I didn’t know about the putt being that long. As I said, ironic that having those two numbers. And then No. 8, happened to hit one in there close and had a nice little kick in there for birdie.

“No matter what we do, I think for a while we’re going to always remember Kobe and what he meant, and especially here in SoCal and the entire sports world. Like I said, very ironic that I happened to have those numbers on those holes and those exact measurements.”

Matt Kuchar’s opening-round 64 has him four ahead of a slew of players under par, and Woods might rue not taking advantage of a picture-perfect day in Southern California.

For the first time since 2004, Woods shot a front nine of 4 under or better, and it was just the second time he shot under par over holes one through nine in his past eight attempts.

But after making the turn, Woods missed the fairway well left at the short par-4 10th while trying to drive the green; he settled for a par. After hitting a tree off the tee at the par-5 11th, he was in position to make a birdie when he wedged to 10 feet but couldn’t get the putt to drop.

His first bogey came at the par-4 12th, where his approach rolled just over the green. At the 13th, his tee shot was again left, forcing him to chip out, but he got it up and down from the fairway, making a 5-footer for par. He also saved par from 7 feet at the 15th.

Then at the par-5 17th, Woods found a fairway bunker, had to wedge down the fairway and still had 200 yards left for his third shot, leaving himself a 70-footer that he managed to two-putt to save par. Woods hit just one of seven fairways on the back nine and made no birdies over the closing 10 holes.

Woods is the host of the tournament, which this year was given elevated status, making it like the Arnold Palmer Invitational and Jack Nicklaus’ Memorial. The closest PGA Tour stop to Woods’ boyhood home in Cypress, California, Woods has never won at Riviera in 12 tries, the most of any tournament he has played without a victory.