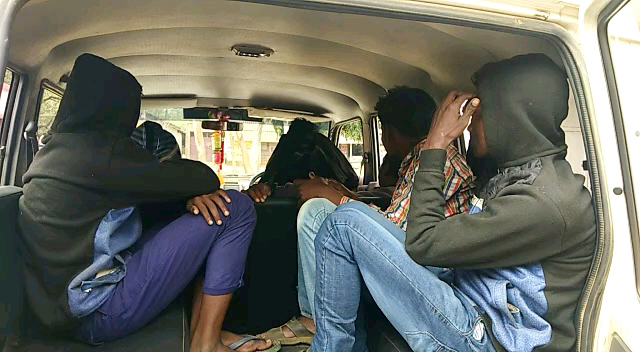 The accused admitted to their crime during interrogation and later produced before a juvenile justice board, R Udayagiri IIC Mamata Nayak said.

Police said the rice stocks meant for preparation of midday meals for students were stored in the schoolroom in the village. The accused sneaked into the school premises Thursday night and decamped with 6.50 quintals of rice from the storeroom after breaking open its lock.

The matter came to fore after some villagers noticed rice spilt on the road near the school premises. The villagers informed the headmistress Sheelarani Moharana who in turn lodged a complaint at R Udayagiri police station.

During the probe, police raided a house near the school premises and seized some rice stock.  They picked up a boy on suspicion who admitted to having stolen the rice and selling them in market with the help of two accomplices. Later, police arrested all three minors and seized 2 quintals of rice from a shop. Earlier, 12 sacks of rice were stolen from the school.